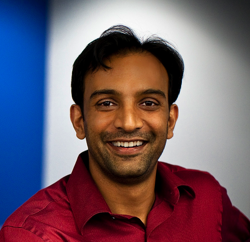 Hopefully, our data science program will help with this - in particular educating recruiters and hiring managers as well.

Comment by Georgi D. Gospodinov on March 29, 2017 at 11:56am
Very illuminating. Given the state of the data science profession in the industry (with automation looming around the corner, and certain vague interpretation of data science by employers which opens up the field to a wide range of skills), one needs to be both horizontal and vertical in order to succeed.

Thank you, thank you, thank you Vincent! When I first heard the term data science a few years ago I looked into it and realized, "Well I guess I've been doing data science then for the last 10 years!" and thinking outside the box is how I've learned SQL, SAS, Java Struts, MS Access (I'm not embarrassed... :) )some Python and now R, all in the service of getting work done. I'll now take this piece to my HR when they think they need a "real" data scientist for an interesting position.

There are lots of articles regarding big data, data science and data analytics.But most of them does not define what the data science is and what is data scientist.Dr. Vincent has tried to define it so far.

The example below illustrates this article and it's arguments are just plain wrong.

The person asking for assistance here is  the  inventor of XBRL and a CPA - no shortage of business knowledge there. The technology he is trying to convert to now was available when it was invented. All credit to him for what he is trying to do  but it is probably too late now.

It is blatantly obvious to a person with the right technological background that this was a semantic web application all day long. Instead it was implemented with technology that is now otherwise obsolete.

Whether you are a horizontal, diagonal or perpendicular data scientist if you think you are qualified to do everything and  (I'm not at all suggesting Mr Hoffman does) don't talk to people with the right backgrounds at the right time you will make some very expensive and irreversible mistakes.

Far better then to get used to working with people of diverse background instead of trying to polarise them.

Totally agree with you Vincent "You don't need a diploma to be a data scientist - all you need is a track record of success stories, measurable in dollars, and based on leveraging data, to call yourself a data scientist". I've tried to explain it in my blog with a little bit more explanation: But, What is a data scientist? . In my opinion a good Data Scientist is a person capable to acquire news skills shortly, with that guy or better, group of guys you will find the best solutions for business needs!

DJ very apt! And hit the nail.  Much needed bifurcation about a technical DS and Functional DS. (DS=Data Scientist)

Hi Alex, I think you have nailed it dowm. I'm definitely a massively multi-threaded associative thinker, for the better or the worse - I think for the better.

Horizontal vs Vertical has nothing to do with education.  Those who are massively multi-threaded associative thinkers will be horizontal data scientists no matter what - whether they are college dropouts or have PhD degrees.  Detail-oriented deductive types will be vertical no matter what.   These reasoning types are not interchangeable, and in most cases you cannot transform one type into another type by means of training, education, or work experience.

While I agree with Willy that data science at its birth needs to get specialized, I think having trustworthy data is not the challenge. Imperfection and vagueness, uncertainty, lack of knowledge (probability domain) or ambiguous boundaries (fuzzy domain), semi or unstructured data (text, voice, images or signals) are inherent parts of reality and they are coined to data too. Instead of working on models that win internal validity and lose external validity because of so perfect data that traditionally we try to bring them, we need to embrace the real imperfection and figure it out. In this way horizontal data mining as Vincent calls, and I prefer to call it Live data mining, performs as a living animal: agile, adaptable, robust to change and imperfection, moving, engaging, innovative and less framed.<br> <br> We already have a range of different disciplines to work with imperfect data but it seems that we need new theories and methods, especially to express the kinds of knowledge that we can not handle now perfectly.