In this article we perform analytics on a huge dataset available from https://www.pwcmoneytree.com. PWC Money tree provides 20 years of  Venture capital investment data from 1995 onward. Having data that goes far into the history should give us enough to extract the necessary analytical juice out of it. 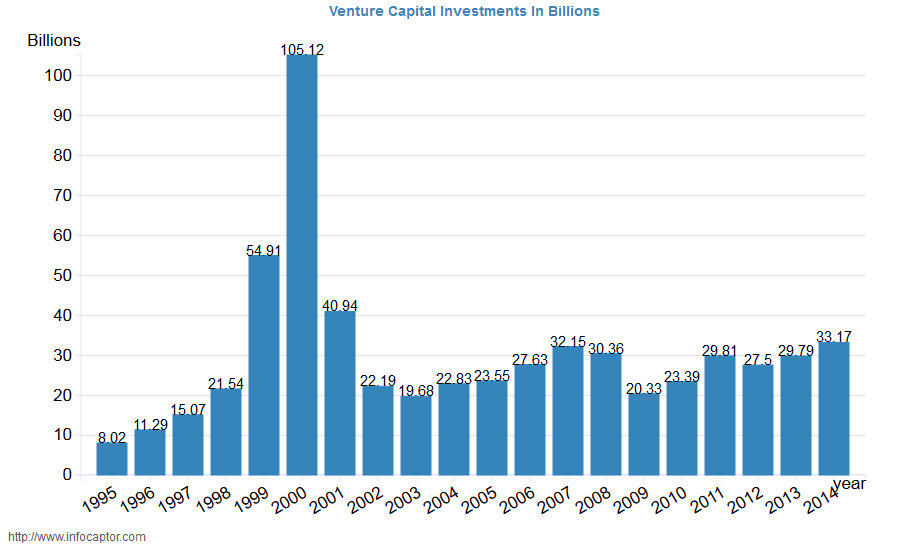 The year 2000 was definitely the peak for VC investment craziness. A whopping 105 Billions was pumped into startups and bringing them quickly for IPO. Ever since after the crash of 2000, the investment has never reached even half the mark of year 2000. Again, look at the big jump between 1999 and 2000, a real indicator of investment frenzy!

We can see that Software industry was the largest receiver of VC investment back in 2000 and it has been gaining attention since 2009 as indicated by the widening mouth. 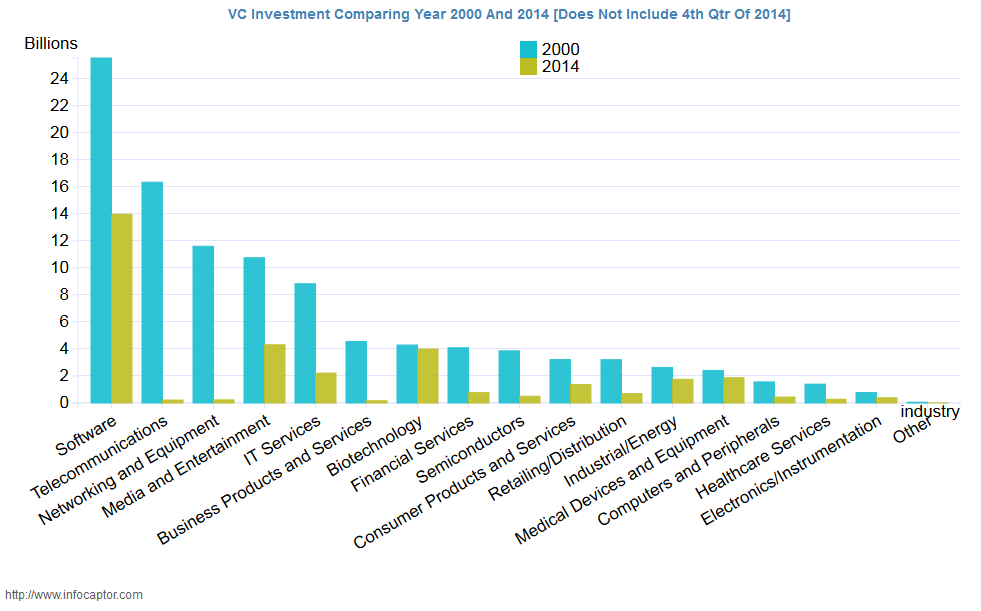 Notice the high flying targets of 2000 namely Telecommunications and Networking receive almost zero attention in todays time. Back in 2000, all the wireless companies, networking companies were investing heavily to build today's network. The software industry is producing and benefiting more and is reaping the investments that were made during the early 2000 period.

Now compare the bars for the "Biotechnology" industry, it is the only industry where investment has reached the 2000 levels.

Times have changed and so has the investment favorites in 2014 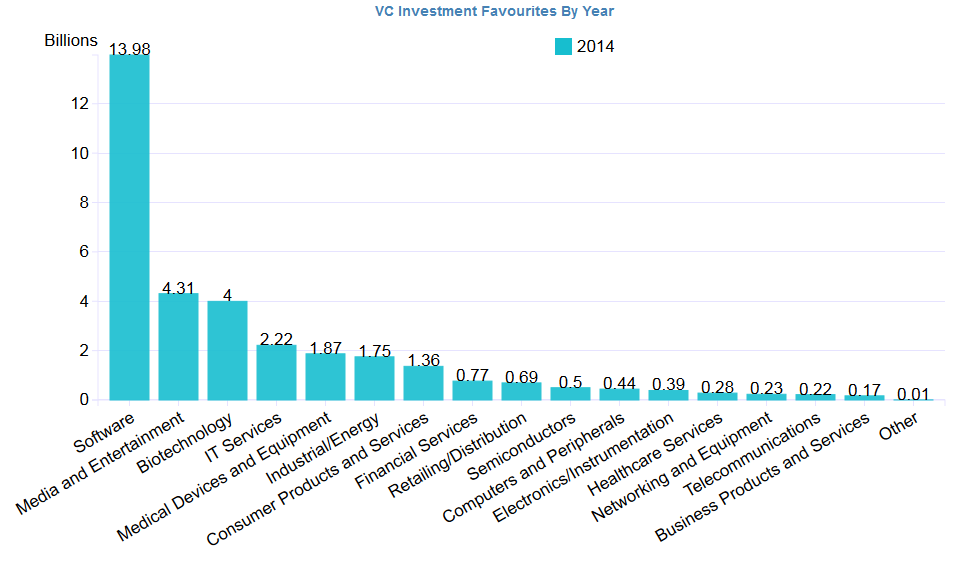 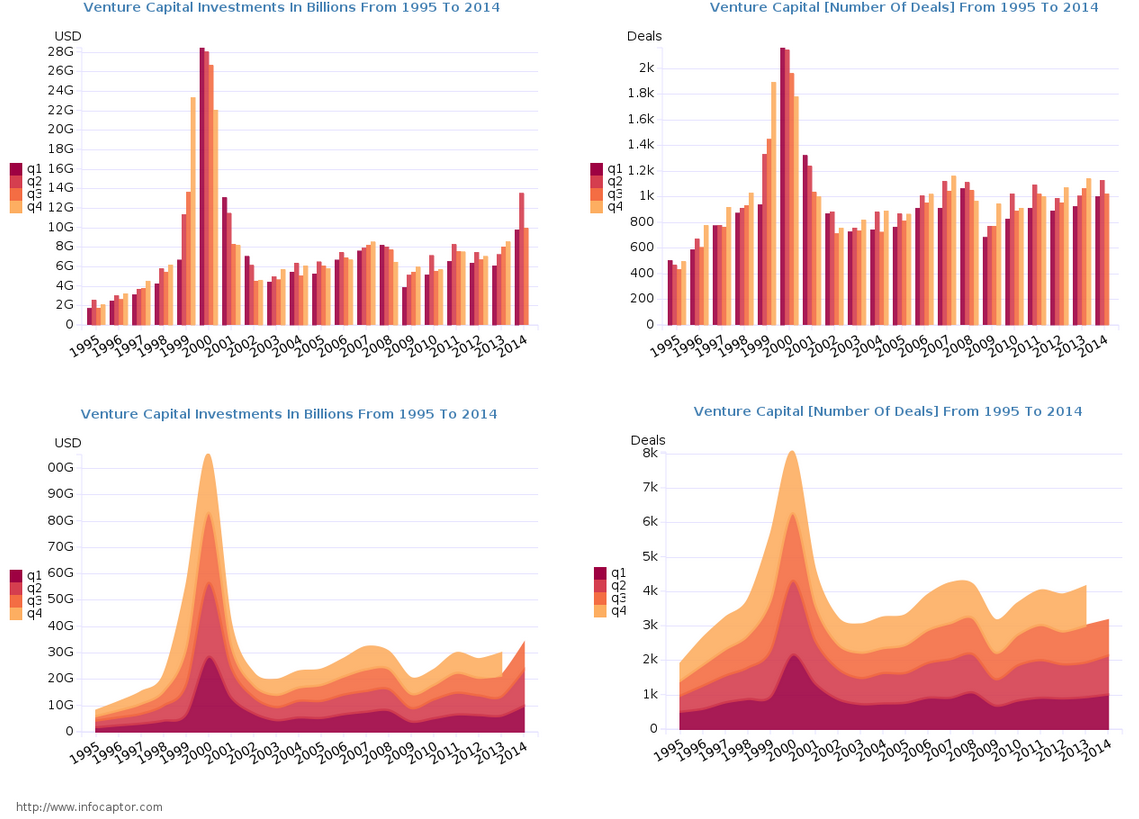 Here is a quick tool to compare the VC investment favourites by each year, just select the year