For about 100 years, publishers have generated most of their revenue from advertising. Prior to the early 1900s, the primary revenue source was audience payments, either from newsstand sales or subscriptions. It is our opinion that the changes in the industry brought about by the Internet and mobile delivery platforms will shift the mix of revenue for publishers, both print and digital, back to an audience-centric revenue model despite the growth in advertising technology and programmatic exchanges. 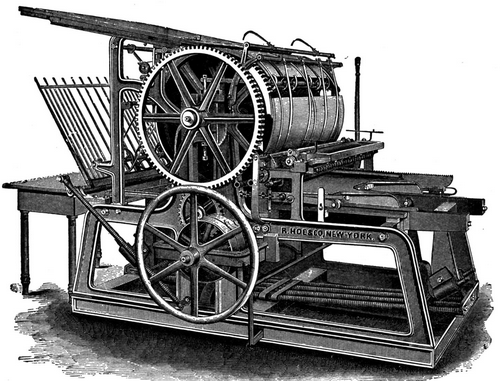 A machine used to print books and journals (16th century)

The Internet disruption has changed two fundamental characteristics of the publishing industry:  the competitive landscape and the addressable market. In a print distribution model, the distribution network of the publishers determines the addressable market. Only a few publishers have nationwide delivery footprints, with most publishers, particularly news media, limited to their regions. When advertising revenue was very high, it subsidized the cost of delivery, which caused the footprints of most publishers to grow beyond the area that it would have been under a customer profitability model. The economics of print distribution networks and advertising revenue that predominantly goes to the publisher with the largest audience, create an incentive for consolidation among print news media, which has enabled most newspapers to achieve a near-monopoly position in their markets.  The mindset of these organizations was that all circulation was good, since that had been the winning formula. Yes, radio and television provided competition for audience and advertising dollars, but they were sufficiently different to limit the market power of publishers. As digital distribution platforms emerged, they provided a means for publishers to extend their addressable market beyond their delivery networks, and most provided their content to the digital audience for free.

As Adam Smith observed in “The Wealth of Nations,” specialization grows with the size of the market. Pay television enabled networks devoted to sports, news, cartoons and shopping.  As the pay-TV market has continued to grow, channels now exist that show nothing but individual sports such as golf, tennis and college football. As publishers extend their addressable markets via digital delivery channels, they are finding their competitive landscape includes specialists in certain forms of content. Their sports page now competes with ESPN and their entertainment and lifestyle sections with The Huffington Post and Oprah. Most significantly, national and world news are ubiquitous as are weather and financial news. These single-topic competitors are category killers, to use the retail term for focused big box stores, and publishers’ strategy for competing under the new market landscape requires a focus on differentiation and sophisticated audience analysis. This is true for legacy print publishers as well as pure digital publishers. 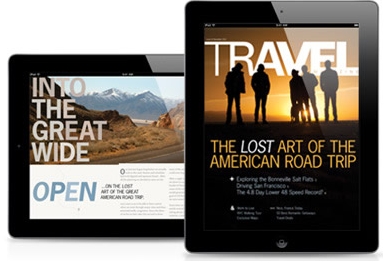 Machine used to read books and news, and for publishing too (21st century)

Digital advertising revenue likely will not flow to publishers to the extent it did during the print era due to the audience size commanded by a few large technology firms, despite the emergence of new advertising technology and digital exchanges.  Publishers will be able to earn premium advertising rates on inventory that they can define using their own audience data, but much of their traffic is from individuals they do not have a recurring relationship with and thus not much data.

These trends suggest publishing will be the next industry to transform its business through the use of customer analytics and yield management, following in the footsteps of airlines, hotels and others that segment their audience and price each according to their preferences and price elasticity. Those industries have desensitized the market to differences in price across customers by business-to-consumer companies, so the market will likely accept that publishers identify their high-value customers and treat them differently with an associated premium price.  Similarly, publishers will identify customers with very high price sensitivity, whether it be from a lower valuation of the product and diminished willingness to pay or an income constraint that limits their disposable income, and target them with a lower priced and less exclusive product.

The analytics these publishers will need to achieve audience revenue growth will be focused on individuals and their behavior as customers. Publishers will need to collect in one place the data on an individual or household wherever it exists in their organization. They will need to form a holistic understanding of that customer’s experience, both from the content and advertising side, and they will need to predict how they respond to subscription offers and renewal price changes.  Advertising revenue should not be written off altogether, and much of the analytics around audience will yield incremental revenue on the advertising side, too, through targeting of premium segments.