There are many lists of top data scientists on Twitter. Here we mention and comment one of them, published on BigData-MadeSimple; most other lists have similar drawbacks. It has been argued that the overlap between my Top 25 data scientists on LinkedIn and the Twitter list is small, because there are LinkedIn versus Twitter data scientist users (and maybe Quora or Google+ data scientists). 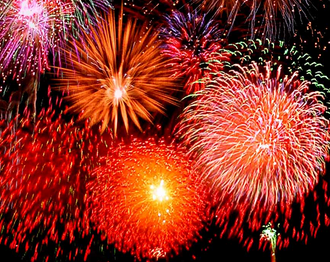 But is this the real explanation? It turns out that the Twitter lists typically suffer from big gaps (my LinkedIn list has big gaps too, but at least I mention the gaps and biases). This Twitter list misses people that should be in the top three.

So how do you create a good list (with no big gaps)? The answer is simple: use data science! More explicitly, here are 7 tips to make a good list (and we'll share our list with you when we are done)

One of the people not listed in the initial list of 33 data scientists (below) is @analyticbridge; it has more followers (22,900) than pretty much all the people listed below, and is growing faster than many, currently at a rate faster than (say) @kdnuggets (both accounts reached 20,000 followers almost the same week, a few weeks ago). I'm sure many are missing for the same reason: they don't use their name in their profile; @analyticbridge uses 'big data science' rather than his name. Of course, you need to filter out commercial accounts owned by corporations when considering these types of accounts, but that should be easy, using white lists of commercial Twitter accounts.

So who's @analyticbridge? Who else is missing? I'll leave it to you to find out, but we hope to provide a list of our own soon, to fill the gap. Of course, @analyticbridge must be someone with a small ego, as he's not interested in having his name published. In an era of privacy scares, not using your real name could be a good strategy.

They added @analyticbridge in position #34 after I mentioned the issue. The first number after the handler is the number of followers as of today; @analyticbridge (not in the original list)  has 22,900.

Very interesting article. It would be great to implement different metrics and compare them. Personally, I prefer few great followers than thousands of fake followers.

Regarding the number of followers, this is an interesting reading : https://medium.com/i-data/fake-friends-with-real-benefits-eec8c4693bd3
Good metrics would include network based centrality measures, but it's more involved to implement !