“Robotic process automation is not a physical [or] mechanical robot,” says Chris Huff, chief strategy officer at Kofax. In fact, there is no presence or involvement of any robots in the automation software, as its name says.

RPA or Robotic Process Automation is an amalgamation of three factors:

Robotic Process Automation is a set of software robots that run on a virtual or physical machine. It automates most of the mundane and boring tasks of the business. RPA bots are capable of impersonating almost all human-computer interactions, which further tackles those business tasks, error-free. Besides, this technology works at a much faster pace and volume. 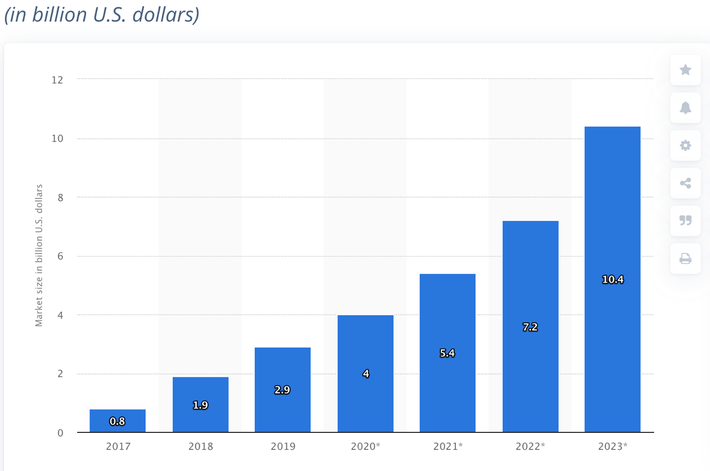 We believe the technology was built with the perspective to minimize the human efforts wasted in those mundane business tasks. Those repetitive tasks not only limited the progress of the humans but also delayed the project’s completion by many folds. Automation has simplified such tedious tasks, allowing us to be more productive within the given time.

Amazing Definitions of RPA by some experts:

“Robotic process automation is nothing but instructing a machine to execute mundane, repetitive manual tasks. If there is a logical step to performing a task, a bot will be able to replicate it.” – Vishnu KC, senior software analyst lead at ClaySys Technologies. These definitions clearly mention how those mundane tasks can be executed better.

So, when you have decided that you don’t want to indulge your employees in those tedious business tasks. Also, you have decided to invest in this effective replacement called RPA. At this stage, you will have to go through these RPA life cycle stages, which are as follows:

Important note: Remember, that the different cultures of the organization and its bureaucracy decide how much time RPA will consume. Also, approximately 70% of the time is invested in the first two stages of these four stages of robotic process automation.

Now, moving ahead with explaining the four ultimate stages of robotic process automation, we have:

Commencing with the first stage of RPA:

So, the first stage of RPA implementation starts with assessing the entire process, its pros and cons, tasks that can be automated, and many other important questions. At this stage, you will have to figure out the answers to different questions, including:

When you start by answering all these questions, it becomes easier for you to know what the actual requirements of implementing Robotic Process Automation are in your organization.

Besides, evaluation of key criteria, including the KPIs and other important factors involved in the success of the project is also indispensable. Both these factors need proper understanding and evaluation before you finally move on to the next step.

Once the evaluation process is done, the stage will come to an end with the report that mentions what has been done if the stage, in detail. Also, the feasibility of the same will be mentioned in this assessment report when this RPA stage is completed.

Continuing with the next step, we have the ‘approval stage,’ of RPA, where the agreement about moving from the pilot processes to automation is decided.

Here, the decision is made regarding which tasks are to be automated, and which can’t be listed on the automation. A team will investigate the tasks mentioned in the list of automation, and scrutinize how the further process will be applied smoothly. The same is done with the proper documentation.

Once the documentation process is finished, a future process of how everything will be shifted to robots will be designed. Now, this stage will require you to compare both the task lists (the existing and the newly designed).

The process will proceed with the detailed comparison of both to analyze how exactly the changes will be adopted, and what will be the benefits experienced after this shift from human to automation.

The second or the ‘approval’ stage of robotic process automation ends when a business case is presented in front of the project’s sponsor. Besides the detailed comparison of both the existing and the plan, the total cost incurred by the project, and the expected ROI is also mentioned in the documentation.

The third or the ‘design’ stage of the robotic automation process aka RPA decides which software vendor should be relied upon. Possibly, you would be selecting from a list of software vendors listed.

So, it is crucial to make them understand your business needs. Besides, the selection of software has to be done cautiously. Since the entire project, actions, and success of the project depends on how well the design has been prepared, it is essential to invest ample time and money in selecting the right software for your business.

Different software will deliver different results, hence the careful selection of the best one is a must. So, you will have to carefully scrutinize the requirements of your business to figure out which software best fits it. After the software is finalized, it is recommended to design the final process before proceeding.

Now, this stage of the robotic automation process aka RPA will be tested. The experts will analyze whether what has been planned and implemented until now really works, as per the expectations or not. Of course, glitches in the process will occur. But that has to be settled at this very RPA stage for further processes.

Activities that consume time without really adding any value to the organizational goals are tested using this new automated process. The glitches are fixed and the automation is increased to shift those mundane tasks to robotics.

Alterations in the processes are made until the robot is finely tuned. And, finally, when the robot completely and smoothly starts imitating the processes earlier done by the human, the orders for final release are made.

The last and final stage of the robotic automation process is the implementation. So, this being the last RPA stage, everything that has been researched and prepared will be implemented in the business processes now. This stage is quite enthusiastic, though. After the installation is done, the businesses will monitor whether the robot is capable enough to handle the expectations of the business or not.

In some cases, robots might not address a particular task or malfunction. That is when the robots are to be reprogrammed. For this, the IT team has to be on their toes until the robots begin to function as expected.

Once the processes are satisfactorily functioning, all four stages of RPA are fulfilled. However, there has to be a constant check on the functioning of the robotic process automation to figure out whether there is still any glitch to be fixed or everything is excellently managed by the robot.

So, these were the phases of robotic process automation, following which you can implement RPA in your business processes.

Now, let’s throw some light on common questions, generally asked during the implementation of RPA.

Robotic Process Automation doesn’t require any specific programming skills. Any employee with knowledge of the subject can be trained to operate RPA right away. The robots take access to the user’s systems and manage the processes, which diminishes the requirement of any system programming or coding.

2. How do I get started with the RPA?

There are a few steps to get started with RPA implementation, which are as follows:

RPA or Robotic Process Automation should be highly used when the repetitive and mundane tasks have been amplified or increased in the business. When you can see that your employees are continuously engaged in completing tedious and repetitive tasks, it is the right time to invest in technology like RPA.

The main motive of implementing RPA in any organization is to ensure that humans are involved in much more productive work. And, these tedious tasks can be easily automated utilizing the technology known as RPA, which easily automates mundane tasks.