Forbes magazine has been publishing the list of The World's Most Powerful People since 2009. The number of people in the list is proportional to the global population with the ratio being one slot for every 100 million people on Earth. When the list started in 2009, there were 67 people on the list and the latest list from year 2014 had 72 people. According for Forbes, the list is calculated based on the person’s influence over lots of other people (e.g. Pope Francis, Wal-Mart CEO, Doug McMillon), financial resources controlled by the people (e.g. GDP, market capitalization, profits, assets, revenues and net worth), power in multiple spheres (e.g. Bill Gates), active use of power by the people (e.g. Vladimir Putin).

While this list gives a snapshot of global ranking, it does not reveal information about past and present network connections and inter-linkages between people and organisations, the spread of power across the network, information about key entities who act as network intermediaries for power and which cluster of entities are most prominent in this global power structure. This is where we complement the Forbes data with LittleSis, which is a database of who-knows-who at the heights of business and government. LittleSis has information of the global rich and powerful such as past and present organizational affiliations (employment, directorships, memberships, alumni networks), donations (political contributions, grants), social connections (family ties, mentorships, friendships), professional connections (partnerships, supervisory relationships), services/contracts (legal representation, government contracts, lobbying services) etc.

We modeled the network of 72 most powerful people from the Forbes magazine 2014 list and their connections as a weighted undirected static multi-mode network (weighted by number of network connections). The data consisted of 2130 Nodes (entities) and 3730 Edges (network connections). We clustered the dataset and saw the emergence of 42 clusters. The network graph below shows the current and past links between each of the 72 people to various businesses, family ties, universities, political institutions, think tanks, organizations, board memberships, grants, partnerships, business connections etc. Each node depicts an entity and the lines between them depict the current or past connections. 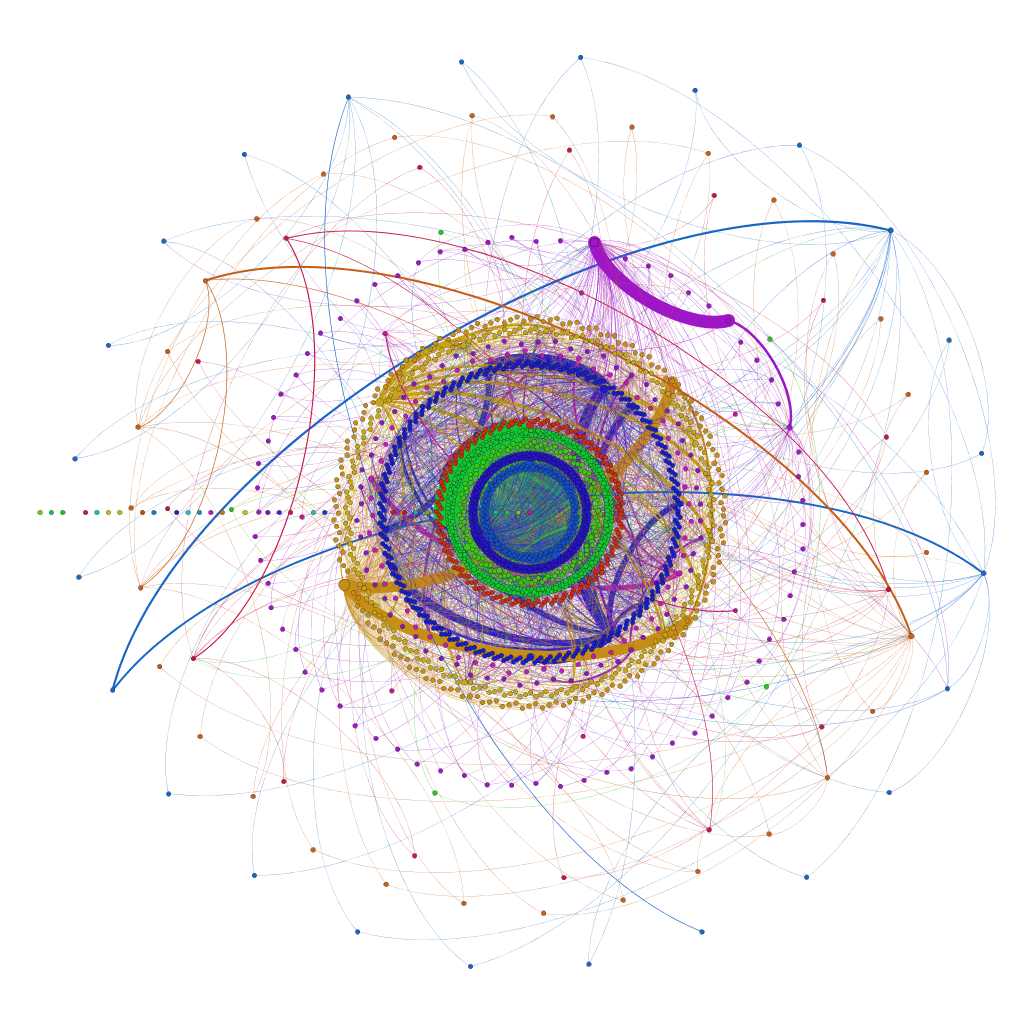 The network snapshot of top ten clusters is given below. 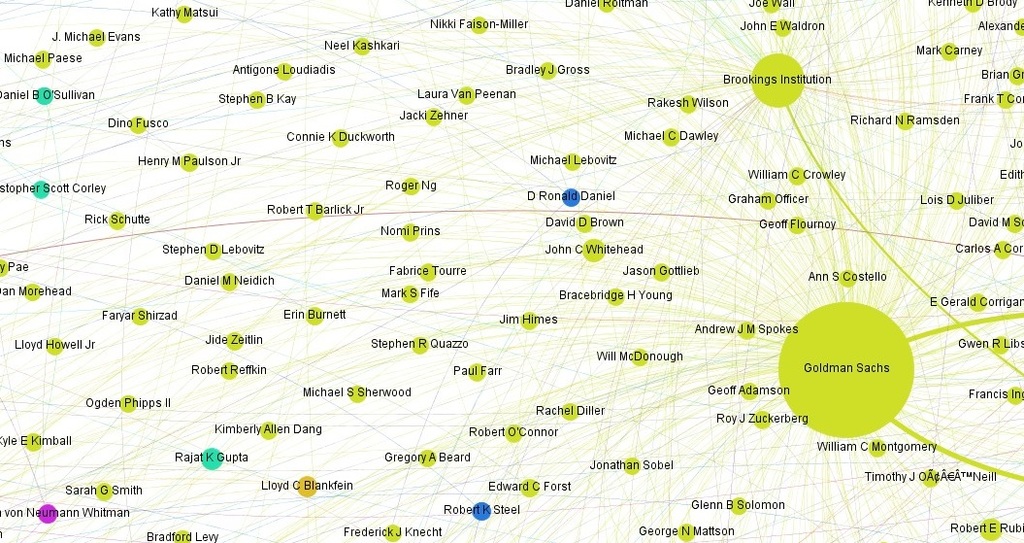 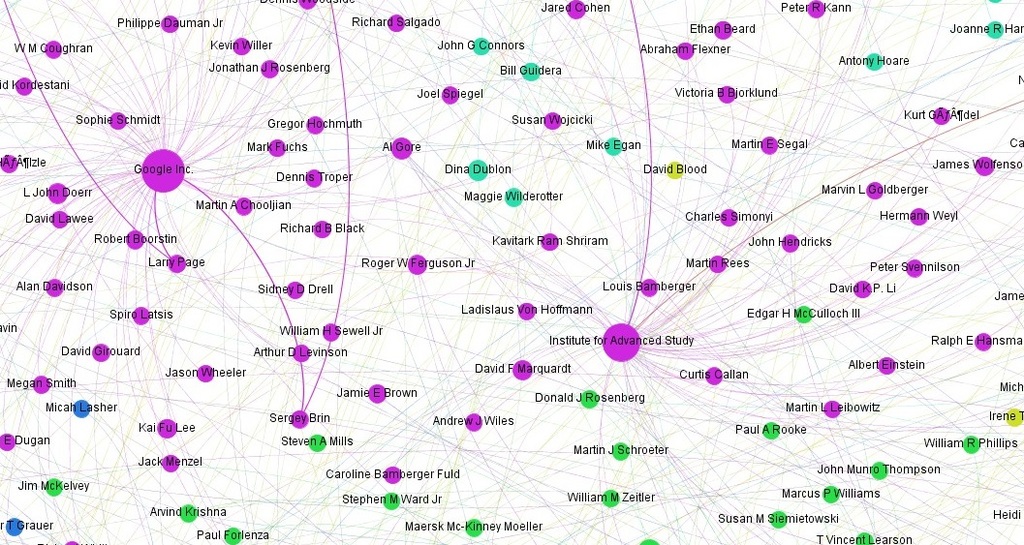 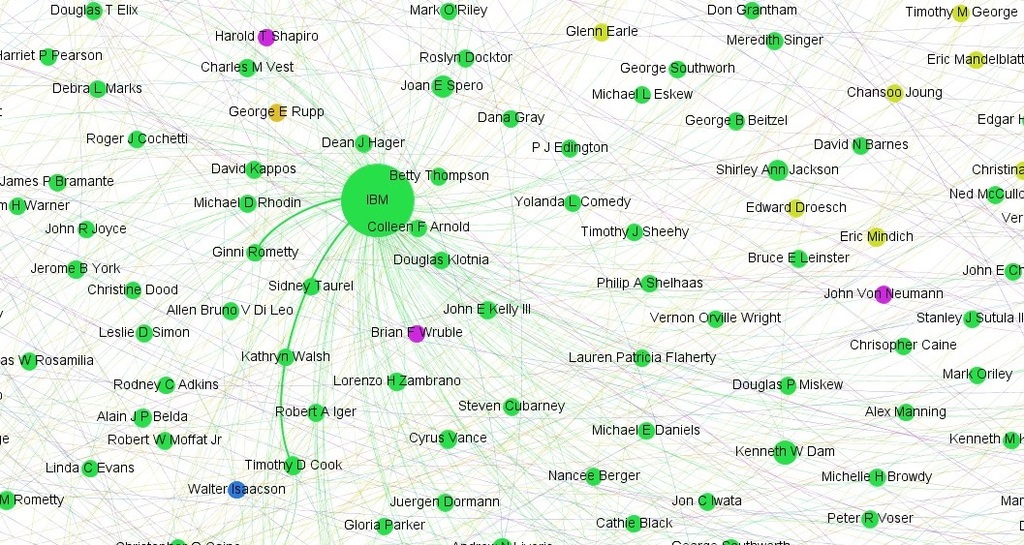 Great work, Dr. Jai Ganesh ! Could you let me know which tool you use to generate these beautiful graphs?