Tell us: as a data scientist, what is your super power?

I read the question raised recently by the American Statistical Society (ASA) -   As a statistician, what is your super power - and after reading the numerous answers, all of them very geeky and not a single one mentioning producing yield, ROI, or added value, I could not resist to post this question on DSC, for data scientists. I could not believe that no one had any concern about delivering sustainable, scalable (automatable) added value, as opposed to beautiful charts and models.

I believe that real data scientists care more about delivering value (at least solutions implemented as black box algorithms, such as automated arbitraging), as opposed to models. My answer to ASA's question was:

Delivering measurable added value in large amounts, and getting paid accordingly (that is, very well).

I believe that this is one important point that differentiates us from some statisticians and fake data scientists. Haters will claim that people like me are just using a bag of tricks to generate revenue and quality traffic. In my case, anyone can do what I do, just check out our data science apprenticeship program to learn some of those tricks. It can be done remotely, from home, and with no investment. Yet nobody has managed to successfully compete against us: companies like Gigaom burned $40 MM in VC funding, and went bankrupt; Kaggle laid off one third of its staff (they've received $10 MM in VC funding, and are managed by data scientists). The reason is simple: you simultaneously need a modern/efficient toolkit, domain expertise, automation, and business acumen to really succeed, to really be a data scientist. It is far more important than being an expert in 50 types of linear or logistic regressions. And it can be acquired after a few years of horizontal business experience. 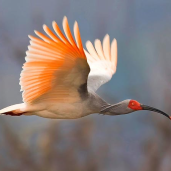 Below is the answers to ASA's questions. What would be your answer to the question: as a data scientist, what is your super power?

The ability to extract and combine relevant data from the noise (i.e. the massive amounts of data that are not related) and present that data in such a way as to be simple and straightforward for the layperson all the way up to other data scientists.

Comment by Eeshan Chatterjee on July 5, 2015 at 12:12pm
To abstract business needs from business wants, and and design data solutions to address the needs before looking at the wants.

Comment by Max Galka on July 3, 2015 at 8:06am
The ability to stare at numbers a computer screen for 14 hours straight and enjoy it.

Fully agree on the importance of keeping the purpose in perspective. For people that enjoy statistical / data analysis for its own sake, it is easy to fall into the trap of thinking that is the end goal.