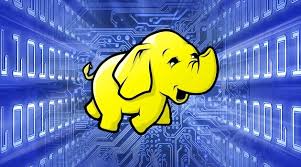 Hadoop is a big data management tool gaining popularity all over the world due to the need to manage the increasingly voluminous and diverse data. Due to the increasing popularity of social media and various photo sharing websites, the amount of unstructured data generated on the Internet is growing rapidly. This has overburdened the conventional data management systems, which were built to deal with the largely structured data being generated at the time.

According to a new report from Transparency Market Research, the global Hadoop market was valued at US$4.1 bn in 2014. The market is expected to exhibit a stunning increase at a 28.4% CAGR between 2015 and 2023, and is likely to end up at a valuation of more than US$37 bn by 2023.

Staying at the Cutting Edge

The consistent development of Hadoop technology has been hugely beneficial for the global Hadoop market, as the technology on offer in the market at any point has kept up with the changing dynamics of the data being generated. Major computing giants such as IBM and Intel have now also started to develop their own versions of Hadoop software, which has helped the global Hadoop market keep pace with the dynamic technological scenario.
This has driven the global Hadoop market, as the ability to deal with unstructured data is becoming crucial in today’s competitive market. Big data analytics is vital for modern corporate entities, as it allows them to better understand consumer behavior and formulate market strategies based on these insights. With the online retail sector set to grow at a steady rate in the coming years, big data analytics is set to become increasingly important.
.
Global Market Dominated by Cloudera