Opportunities for talented data scientists – both seasoned professionals and enthusiastic newcomers -are everywhere. Long gone are the days when a desire to work with statistics, analytics or predictive modelling would restrict you to the IT or financial sectors when searching for work. Recently I’ve written about innovative data strategies being  undertaken by companies in food and drink, motorsports, gambling and emergency response but that’s far from the whole picture. The truth is that companies of all shapes and sizes are increasingly spending more money on data and analytics, and hiring people with the skills to use them. 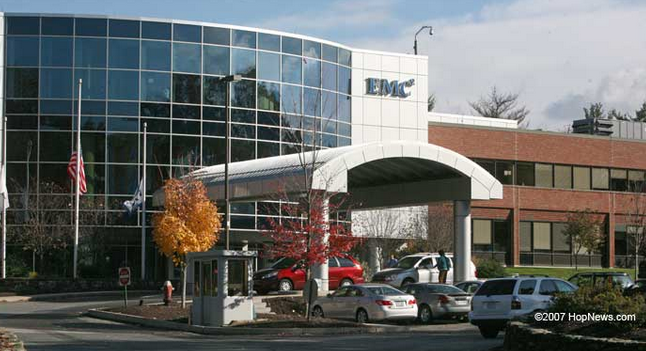 Having said that, the majority of professional jobs requiring Big Data experience are still being advertised in the technical services, IT and scientific sectors (with manufacturing following closely behind). The average salary for these positions standing at $104,850, according to a survey carried this summer – up from $103,000 at the start of the year.

So here’s a look at six companies which offer great opportunities for data scientists. It isn’t meant to be a definitive “top” list, but combines data with a couple of surveys with information I’ve picked up from speaking to data scientists working with them.

EMC is the world’s largest provider of data storage systems and also offers cloud computing, virtualization and analytics services, to thousands of customers, mostly small and medium sized businesses, around the world. According to figures from Wanted Analytics, EMC, which employs 70,000 people, advertised 1,256  positions requiring Big Data skills in the past year. It is currently looking to hire Senior Data Engineers in New York to work with its Pivotal platform with experience in Hadoop, Cassandra, Amazon Web Services, Spark, Netezza and Big Data programming languages such as Python and R.

IBM employed more people with Big Data skills than any company in the last year, according to the Wanted data. IBM has consistently been at the forefront of emerging trends in computing, from the earliest days of tabulation to mainframe computing, personal computers and now machine learning and Big Data-as-a-service infrastructure. Recent additions to its army of data scientists and analysts include 4,000 staff trained to work as consultants as part of its partnership with Twitter, helping partnered companies analyze and understand real-time social media data. Other Big Data opportunities involve working with Watson, its advanced natural language processing, cognitive computing platform.

This provider of analytics-driven sales tools was highest ranked for employee satisfaction of 100 Big Data companies, according to an analysis by Louis Columbus for Forbes. According to ratings site Glassdoor.com – where employees score employers – 100% of the staff would recommend working there to a friend. According to comments by employees, perks include free lunches, frequent trips and social gatherings, and beer on tap!

Palantir works on the more dramatic end of the Big Data scale. Its analysts and analytical software is used for a range of security applications including fighting terrorism by predicting the placement of roadside bombs, and detecting financial fraud by highlighting transactions which follow a template suggesting suspicious activity. One for the Big Data adrenaline junkies to aim for! It also has an active philanthropy division which applies the company’s Big Data expertise to humanitarian problems such as disaster relief and reintegrating veterans into civilian society. According to glassdoor.com, employee perks include free meals and drinks, office ping pong, bars on every floor and stunning views of London from the office.

One to work with if you like REALLY Big Data. The world’s biggest greengrocer is currently part way through implementing what it claims will be the world’s biggest private data cloud, to enable the analysis of around 40 petabytes of business and customer generated data every day. To do this they have invested heavily in data science staff in recent years, particularly those with expertise in cloud-based systems. Recently, some new hires have won their places at the company through competitions hosted on Kaggle, the crowd-sourced competitive data mining platform. When I spoke to Mandar Thakur, a senior recruiter at Walmart’s Information Systems Organization, he told me that the company has a defined career path for data science professionals, who are able to work up to senior director level in the company and become Enterprise Decision Scientists, responsible for guiding the future direction of the company.

Acquired by Google last year for $3.2 billion, Nest is said by employees to have retained many of the advantages of working with a startup such as agility and a culture of innovation, with the advantages of multinational corporate ownership – such as reliable, highly competitive salaries and defined routes for career progression. The company has hugely expanded in size since its acquisition, and as a forerunner in the race to bring Internet of Things (IOT) enabled gadgets into the home, many of its staff are data skilled. Those staff get free meals and an onsite gym, as well as access to the facilities at the “Googleplex” Google headquarters in Mountain View – including free haircuts, video games subsidised massages and child care.

Californian Hadoop vendors Cloudera are another company which scores very highly on the Glassdoors ratings, with 95% of staff reviews stating that they would recommend it as a place to work for friends, and the same percentage agreeing that they have confidence in the direction CEO Tom Reilly is taking the company. Many of its staff employed in data science or analytical positions will be Hadoop specialists, who earn an average of $112,000 working with corporate clients to implement their data projects on Cloudera’s distribution of the open source framework. Working deeply embedded in the open source community is often seen as a perk - an engineer employed at Cloudera told Forbes “Every employee working on open source is trusted to represent the company’s interests in the public. Many engineers are community facing, and everyone trusts us to show the company in a good light and garner respect in the community.

“On the one case when a fairly new employee had suggested that we should have management review our correspondence on one contentious issue, it was very quickly shot down and the mistake acknowledged.”