Science of the Body - Different Kind of Risk Reward Analysis

I was wondering how to approach this blog when I decided to toast some raisin-bread for breakfast.  Shortly after I started eating it, I began coughing.  I have shared this “type” of story with a few people.  I often continue eating something regardless of my exact circumstances - that is to say, oblivious to the consequences.  As I ate more of the raisin-bread and my coughing worsened, I eventually reached for my inhaler.  (I have been diagnosed with borderline asthma now by two doctors.)  I only use the inhaler when I need it, which is infrequently.  I thought to myself, perhaps I should check on the heath metrics that I get on those days that I have eaten raisin-bread.  I present the DOS output below.  I don’t have an elaborate illustration just yet. 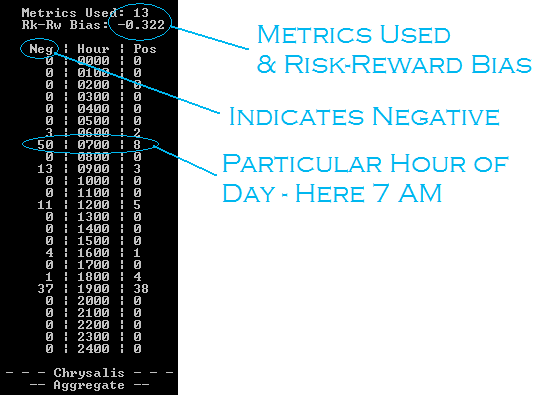 The output shows that in relation to 13 different health metrics that I currently maintain, overall raisin-bread hasn’t been associated with many good days.  I checked the worst time for eating raisin-bread:  the output shows 7 AM - 50 incidents negative and only 8 positive.  I checked the clock on my computer - 7:15 AM!  Once again I had placed myself in the worst-possible scenario.  This technology demonstrates how lost I would be without it even in relation to common day-to-day choices.  The next image shows an Rk-Rw comparison for the entire day.  It suggests that if I must have raisin bread, in the past my best bet would have been around 6 to 7 PM, which for me is around dinner time.  Clearly by far the worst time would be 7 AM, which a moment ago caused me to grab my inhaler. 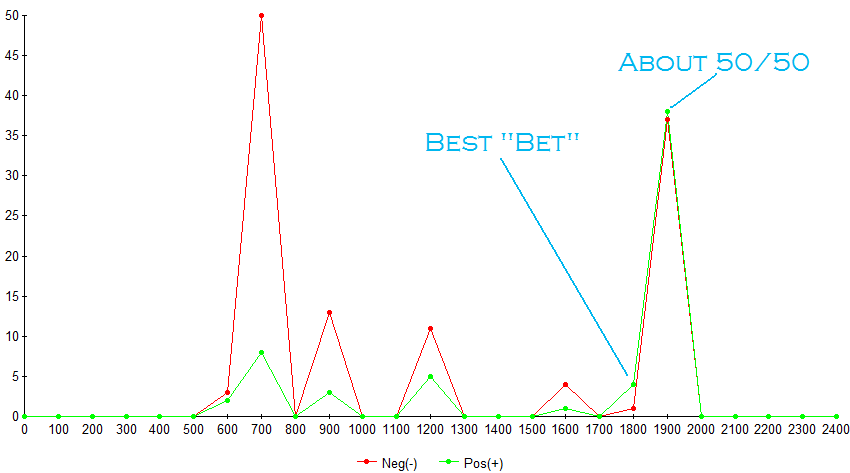 I don’t want to give the impression that I avoid foods.  Generally speaking the exact opposite is true.  I have started actively monitoring the numbers carefully and developing a holistic calendar - I call it a "circadian calendar."  On this calendar, I intend to retake the to analyze day-to-day events every month - and compare changes that occur over the years as both my body and its environment changes.  Lemon is something that has a relatively neutral impact on the metrics in general - but not on the metric series involving breathing, throat, and voice. 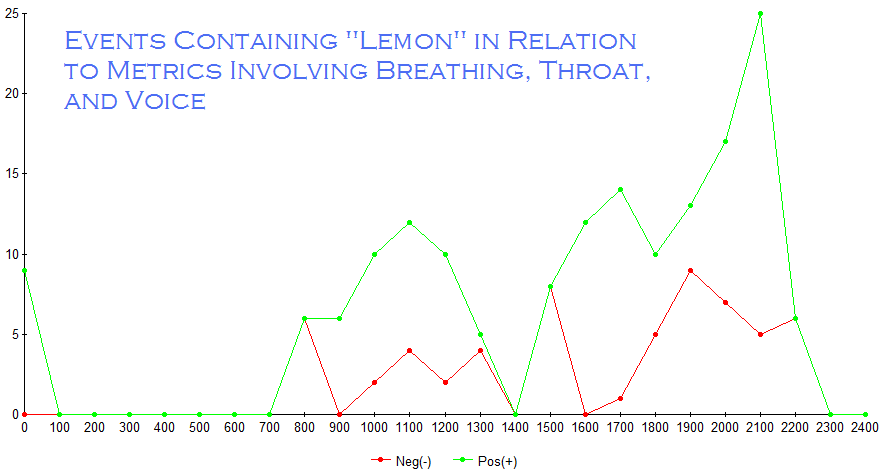 In the summer of 2015, my voice started to disappear.  My inability to stop it was frustrating, and I eventually gave up on my technology.  But after I “gave it up,” I found myself hospitalized a few months later.  When I reemerged, although I don’t recall the exact chain of events, I decided to redesign the event model such that the system monitors time differences, compares families of events, and allows for the formation of tactical metrics: e.g. those related to my voice.  When my voice began returning, I decided to celebrate by learning Mandarin - apart from practicing French (Canada’s other national language) and Tagalog (my native language).  I’m wondering if I can fit Russian since I already have some books, familiarity with its history and authors.  By the way, the diagnosis in 2016 was that I had a partially paralyzed vocal cord.  Below I present a few charts showing a few of my health metrics. 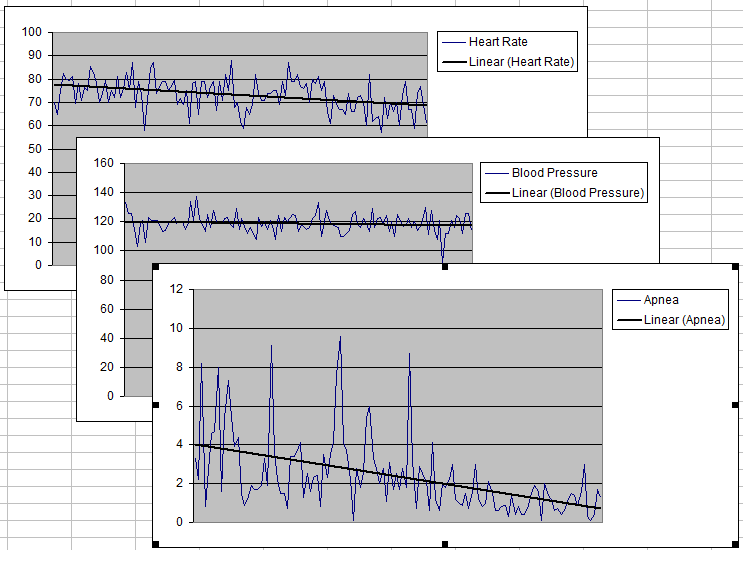 It’s funny - truly a bit comical - what sorts of things I avoid and do in an effort to influence the metrics.  In those situations where I think total avoidance might be a bad idea, at that point I try to determine my best bet.  For example, I generally avoid Vitamin D; but such is its lofty reputation among a cheesy fondue of proponents, I am sometimes willing to place a bet on its periodic use.  It is extremely relaxing not having to remember what things to avoid - not that I ever put much effort into this anyways.  And what a coincidence I am so dependent on technology that I had the ability to develop.