Real Life Applications of Logarithms in Data Science and Beyond

Ah, the logarithm. It's the black sheep of the mathematics family, loved by a few slide-rule wielding, grey-haired professors and math Olympiad competitors. For the rest of us, logarithms remain on the "I'll get back to understanding that later when I see the point" shelf. However, this esoteric little function is actually a lot more common in real life (and a lot more useful) than you think.

If you haven't dabbled with logarithms in a while, here's a quick reminder: 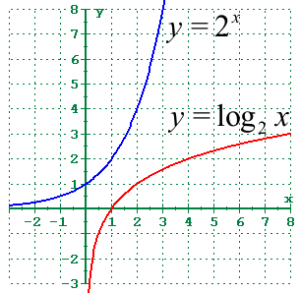 If you don't quite grasp the meaning, you're not alone; Most students who study logarithms for the first time, with a definition similar to the one above, find it "...impossible to understand its relation to the real world" (Thoumasis, 1993) When I taught university-level algebra, the log only reared it's head once or twice a year, and barely in a practical sense (there are graphing calculators to help with that!). I'll be the first to admit that I despised logarithms about as much as my students.

Why do we have this strange scale, where not all jumps are equal?  The simple answer is that logs make our life easier, because us human beings have difficulty wrapping our heads around very large (or very small) numbers. For example, it's easier for me to read that my pool water has a pH of 7 (on a logarithmic scale) than a pH of  1 * 10-7 moles.

The Richter Scale for earthquakes is a classic example of a logarithmic scale in real life. One of the more interesting facts about this particular logarithmic scale is that it's related to the length of the fault line. The largest earthquake ever recorded was a magnitude 9.5 on May 22, 1960 in Chile on a 1,000 mile long fault line (source: USGS). By comparison, a theoretical mag 10 earthquake would stretch for tens of thousands of miles ; A practical impossibility but it's fairly easy to grasp that small jumps in numbers here mean huge changes, not small ones.

Decibels, light intensity and and pH (as in, my pool water testing kit) are all well-known logarithmic scales. However, "...any natural phenomenon that grows or decays at a rate proportional to its current value (such as population growth or compound interest) can be modeled with logarithms (Hughes, 1996).

A less well known application of logarithms is password strength:

"The information entropy H, in bits, of a randomly generated password consisting of L characters is given by H = L log 2 (N), where N is the number of possible symbols for each character in the password. In general, the higher the entropy, the stronger the password" (R.Frith).

In summation, is the average person really going to ever use a logarithm in real life? Probably not in the "nuts and bolts" sense of the word, but  they are useful for many situations. Logarithms work in the same way that a computer chip works in your vehicle--alerting you to that needed oil change, faulty gasket, or open door. Without that chip, we'd be back to the days of troubleshooting a vehicle with a wrench and overalls.  In the same way, there are plenty of real life examples of logarithms working under the hood--you just probably never have a reason to see them.

As far as data science goes, there are plenty of areas where logarithms crop up:

As logarithms can model so many different phenomena, it's a very handy tool to add to your mathematical toolbox. That's not to say that all data scientists should learn (or even care) about logarithms. Knowing what a logarithmic scale looks like is vitally important if you do a lot of modeling. If you don't do any modeling? Well, that Richter scale "wrapping around the Earth" factoid makes for a great water cooler conversation.