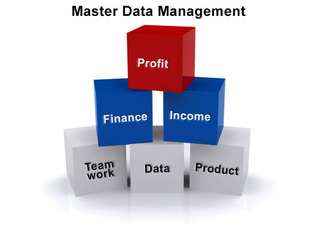 Mergers and acquisition often bring drama—they can have a convoluted plotline, involve behind-the-scenes battles and produce winners and losers. This year is very dramatic: In the first quarter of 2015 alone, mergers and acquisitions activity collectively passed $800 billion. That’s the highest number in eight years, and a sign of good times for the economy at large. And they keep coming: A recent survey by KPMG found that 75 percent of U.S. businesses are expected to undertake two or more acquisitions in the current year. Dell just bought EMC for a staggering $67 billion. Acquisitions are a necessary strategy more than an opportunistic event.

But there’s more to it than that. Sure, when Kraft and Heinz spend $40 billion to come together, and AbbVie puts its faith in Pharmacyclics to the tune of $21 billion, it makes for a great story. But let’s look past the headlines. What does it take for deals like these to pay off?

Here’s the bottom line: For such alliances to work, companies must become agile at pre-merger analysis and efficient at post-merger integration. In the process, they must dig into the intricacies of each organization’s operations to identify and eliminate redundancies, expand existing initiatives, and chase new market opportunities.

There’s only one true way to make all that work: data.

I know because I’ve been there. I’ve served as a strategic advisor with many project managers under me, overseeing the software evaluation and building the implementation plan. I’ve helped develop the strategic roadmap and identified specific initiatives for post-merger plans. I know the challenges involved.

The right data strategy and execution can drive economies of scale, optimize in-house resources and propel new ventures. But first, that means combining the data and applications that drive operating practices at both companies. A modern data management approach using data-driven applications enables a 360-degree view of all data available, and helps companies plan data collocation, migration, and final consolidation. In fact, an optimal, enterprise data-driven application strategy can make all this happen in the weeks or months before the deal finally closes.

This isn’t easy. Many enterprises don’t start the integration process until the deal is done, sometimes because legal requirements prohibit the parties from seeing each other’s data. The combined assets and implementations are stored separately in ‘clean’ rooms that only independent consultants are authorized to see. The collaboration begins only after the M&A is announced.

Additionally, many of the infrastructures we see at large enterprises are still fundamentally rigid, with relational databases that mandate a particular operating model. This means that even when the organizations are change-oriented, some of the technologies are not. Personal and political considerations play a role, too. Certain executives are keen to protect their territory (not to mention their jobs) and that’s often tied to the technology underpinning their functions.

And there’s the clue: technology. In this era of ‘business agility’ and ‘enablement,’ it can be surprising to some how many M&A initiatives work much as they did 20 years ago. There are still the spreadsheets that were so revolutionary two decades ago. These skilled professionals routinely rely on legacy systems that have long outlived their usefulness. In sum, the information needed to justify the merger is difficult to leverage and validate, and the effort to collect information is substantial and costly.

The discipline of modern data management, and particularly the new breed of data-driven applications, bring many changes. They greatly cut collection costs, track changes and offer better control of data access. They can re-purpose pre-merger analyses to gain a post-merger competitive advantage. They can even increase the volume and variety of the data analyzed. In fact, a data-driven application strategy enables cross-company units to consolidate, share and collaborate, building on additional product data drawn from multiple industry and enterprise sources.

The advantage with optimal modern data management is that everything can be built prior to approval, and the business is primed to rock and roll right after. In a merger that I worked on, for example, a business side analysis revealed a 20% overlap, which allowed the parties to renegotiate the contract. A ‘clean room’ analysis, with true technology transparency, uncovers such benefits and exhibits financial responsibility.

In the truest incarnation, the approach for MDM closes identified gaps across both companies. There are four big picture elements: ‘people’ and ‘process,’ which are the focus pre-merger, and ‘technology’ and ‘legal,’ which come right after.

With a data-driven application strategy, in the ‘people’ category, companies can leverage both organizations’ resources, partnering with highly experienced data management professionals, along with in-house business and IT experts. For ‘process,’ the applications enable a best-of-both principle—the secret sauce can actually be built in to eliminate competition.

For ‘technology,’ meanwhile, the data-driven approach uses the merger as a catalyst for a new innovation layer. The apps use the very data that justified the merger. And of course, the ‘legal’ aspect is addressed via the cloud and begun pre-merger.

This approach works across different industries. For example, consider pharmaceuticals, which has seen more than its share of high-profile mergers and acquisitions in recent years. This sector has to fight many wars on many fronts, exacerbated by regulatory drivers that apply pricing pressures, an aging population that needs newer therapies, and an R&D pipeline struggling to keep pace with the innovations of the past few decades.

Consumer packaged goods is another industry that stands to benefit—it can drive customer loyalty that requires integrating world-class technology and transforming legacy structures and processes at the same time. Besides, trying to remodel the supply chain during a merger is not only a painfully slow process, it comes at a time when supply chain talent is at a low and many of the pioneers have left the industry. This requires a different approach, and modern data management offers just that.

Bottom line: Bringing two corporations together can mean twice the pain. The coverage generated by a big merger can easily be eclipsed by the attention it gets when the deal fails. Purpose-built applications offer a key weapon in the arsenal to ensure that it succeeds.

Neil Cowburn, Founder and CEO, has spent the last 6 years based in New Jersey servicing multiple clients across the US.  Prior to starting iMiDiA, Neil spent 4 years as the Director of Architecture for North and Latin America, in Cadbury plc, now Kraft Foods. He led their first global master data management implementation, whilst also rebuilding the architecture and business intelligence teams.  For the past 18 months, Neil has been Senior Director on an enterprise-wide data program for a large Retailer based in Minneapolis and is currently providing leadership for a global CPG company, also located in Minneapolis.