Machine learning or laughing? Amazon’s Alexa is freaking people out with unprovoked chuckle 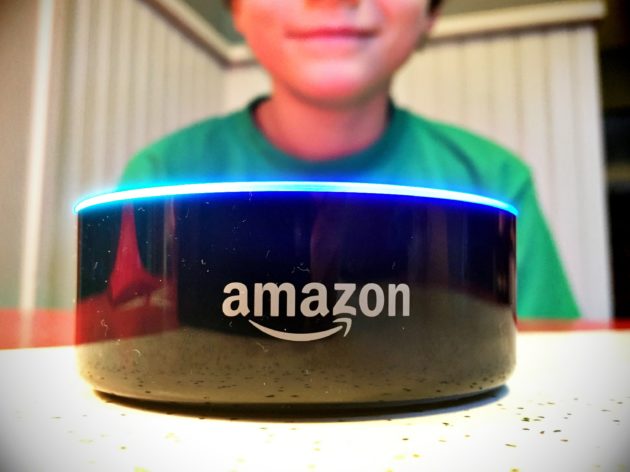 It’s one thing to believe that Amazon’s Alexa is constantly listening to us, but quite another to worry that she’s laughing at what she hears.

Users of Alexa-enabled devices such as the Echo and the Dot have reported hearing the tech giant’s ubiquitous voice emit a very real-sounding and unprompted laugh of late. Tweets and reports about the artificial intelligence gone rogue have labeled it creepy and scary, and we can see why.

Short of little Carol Anne speaking from inside the TV in the 1982 classic “Poltergeist,” it’s tough to imagine something we’d rather hear less than Alexa just chuckling out of nowhere on the kitchen counter.

“Ha ha ha,” she says, in a voice that sounds like Alexa + four glasses of wine.

“We’re aware of this and working to fix it,” Amazon said in reply to a GeekWire inquiry.

Some users even asked Alexa why she laughed, and her reply to that question indicated that she was aware that she was doing it. No one told us machine learning would lead to machine laughing. “Humans. Ha, ha, ha.”