It's Sunny Skies For Big Data

Big Data has been around, in one form or another, for quite some time. In fact, it even pre-dates computers, if you can believe such a thing! The reason all the Big Data hype is because advances in computers, the Internet, wireless networking, and the cloud have combined to really bring out the best in Big Data. It's through all of the innovations of the past two decades that the extent of Big Data's true potential is finally being realized.

Naturally, there are still questions and concerns about Big Data. Nothing that big and that popular escapes scrutiny. Critics question its true usefulness and benefits and express concerns about the sheer volume being too much to handle.

But all indications seem to point to Big Data enjoying a rosy future.

Big Blue Skies
Yes, the choice of words in that heading was deliberate! According to the article "Big Blue Raises the Ante on Big Data", IBM is paying $2 billion to acquire most of the Weather Company, which includes a massive amount of meteorological data, as well as the Weather.com and Weather Underground news sites. Absent from this acquisition is the Weather Channel, which will continue broadcasting unaffected. 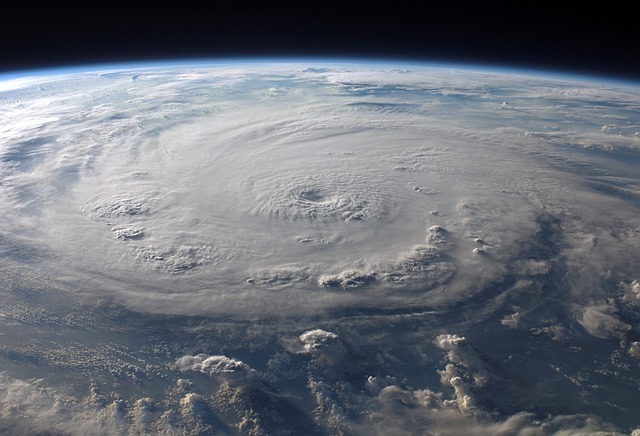 IBM is counting on weather data as being as valuable resource

Now, diversification is all well and good, but this move may be causing some people to wonder just what's going on here. The answer is simple: IBM is taking a chance on how much people are interested in using Big Data.

Gambling On Big Data's Influence
Let's pause and consider for a moment just how much information about the weather factors into so many aspects of our lives. Commuters, truckers, bus drivers, all of these depend on knowledge of upcoming weather events such as storms or hurricanes. Airlines rely on weather information to help optimize fuel consumption and manage airport traffic. The agriculture industry is all about the weather, obviously. Even major league sports, the ones that play outside anyway, are influenced by the weather and benefit from easy access to meteorological data.

What IBM is doing is putting a few of its eggs in a new basket, one marked "Data Purveyor". Companies and industries like the ones mentioned above will pay handsomely for weather-related data, and IBM wants to be there to take advantage of that.

It's a risk, but not as huge as one may initially think. After all, as part of this acquisition, IBM will get over 5,000 of the Weather Company's customers as well, representing the energy, insurance, and aviation industries, to name just a couple.

What Does This Prove, Really?
Big Data's champions keep talking about how Big Data is essential to helping businesses, governments, and other institutions in making informed decisions, and the IBM purchase is banking on this. Yes, Big Data is, well, big, and it's easy to get overwhelmed by its size, scope, and speed. But if you have an idea of what you're looking for, or what kind of questions need to be answered, then Big Data is very much what you need.

That's why any industry can and will benefit from Big Data. As time goes on and new ways become available to collect and process this data, Big Data will play an even bigger role in how we do business and live our lives.

For a primer on what Big Data is, check out "Big Data Explained in Less Than 2 Minutes - To Absolutely Anyone".

We've been drowning in the stuff for decades. But will we ever listen to what is being asked for? Nah! Better to focus on the tech and leave the business to other heads.

Comment by Big Data Queen on December 7, 2015 at 10:24am
Stephen, Big Data is surely here to stay. When considering a big data strategy, I think it's worth mentioning HPCC Systems from LexisNexis. Designed by data scientists, HPCC Systems is an open source data-intensive supercomputing platform to process and solve Big Data analytical problems and can help companies derive actionable insights from their data.

HPCC Systems provides proven solutions to handle what are now called Big Data problems, and have been doing so for more than a decade. The main advantages over other alternatives are the real-time delivery of data queries and the extremely powerful ECL language programming model. More info at http://hpccsystems.com