What you won't learn in stats classes

There are many topics that you won't learn in statistics classes. Some such as U-Statistics, stochastic geometry, fractal compression, and stochastic differential equations, are for post-graduate people. So it is OK to not find them in statistics curricula. Others like computational complexity and L^1 metrics (to replace R-squared and other outlier-sensitive L^2 metrics such as traditional variance) should be included, in my opinion.

But the classic statistics curriculum is almost written in stone. You can buy any college textbooks - hundreds of them are devoted to statistics, dozens are published each year - they pretty much cover the same topics, and it has barely changed in decades, even though the theory was built well before the age of big data and modern computers. 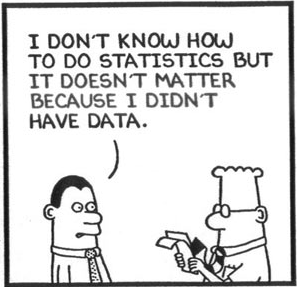 What about stuff you won't learn in data science classes?

Likewise, there are many things that you won't learn in data science classes. While, unlike statistics, there is no standard curriculum for data science - the discipline being very new - I can speak about my own classes and certification. These classes (an apprenticeship in fact) don't contain material such as hypothesis testing (read here why I think it should not be taught), general linear models (see here why I discard this technique), advanced matrix algebra, naive Bayes (see here why I discard this technique), or maximum likelihood principles.

In my classes (presented as an apprenticeship), this kind of material has been replaced by the following unified approach:

Important techniques you won't learn in most statistics classes

Here I focus on techniques, created or re-invented in our data science research lab, that are critical parts of my data science curriculum, yet are usually criticized and/or not taught by a number of statistics professors, as they strongly deviate from the statistical norm, or are just simply ignored, not valued, or not known by these academics. Keep in mind that I started my career as a research then business statistician, so I know both the statistical (model to data, or top-down) and data science (data to model, or bottom-up) paradigms very well.

For each of the techniques below, I quickly explain why I included them in my data science curriculum, and why some statisticians dislike or ignore them.

Who should use these techniques?

The practitioners who will benefit most include:

Some of my techniques can be found in my Wiley book, and much more will be introduced in my upcoming Data Science 2.0 book.