It has absolutely no effect (mind altering) on me, but it also reminded me when I was young and tried a few drugs: none produced anything other than mechanical effect (increased heart beat) on me. Even alcohol does not produce anything unless I drink more than one bottle of champagne within a 4-hour time period. 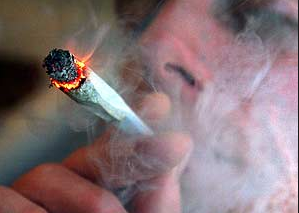 Maybe I'm permanently and naturally high all the time without using any drugs (I have some reasons to believe in this) explaining why drugs don't have any effects on my brain, maybe I am an outlier, but maybe it's something different. Maybe these drugs work only for few people, and real drug addicts are the few people truly sensitive to drugs.

This is just food for thoughts. I would love to read your opinion (I'm not conservative nor liberal nor anything else). How do we gather good data on this, to measure the proportion of people not reacting to a normal dose of marijuana, broken down by political opinion? How do we even set up some sort of clinical trial to test my hypothesis that many people (how many?) have no reaction to marijuana, especially if eaten rather than smoked? And how do we make laws based on data rather than on arbitrary arguments lacking statistical significance? Also, how can we guarantee that whoever agrees to do this study, is truly neutral?