How Will Blockchain Industry Fare in the Immediate Future

Blockchain has been one revolutionary tech that has grown manifolds in the last decade, in fact, it has been named as the second-most breakthrough technology been invented after the advent of the internet. The said technology came into prominence when the first bitcoin transaction took place on January 12, 2009. Since then, there has been no looking back, and the blockchain tech has only evolved to make further disruptions across business sectors, besides fintech. 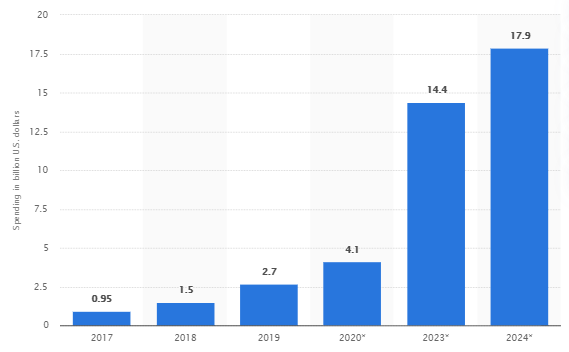 As per a recent study conducted by Gartner, it’s forecasted that by 2022, more than one billion people’s data will be stored on some blockchain or the other, and it’s possible that these people may not be aware of the same.

According to a Statista study, blockchain technology market revenues will grow huge in the upcoming years, with forecasts suggesting that the total revenues will climb to a whopping USD 39 billion by 2025. The frontrunner, in terms of investment in blockchain technology, would be the financial sector with 60% of the total monetary investments in the said tech being yielded out of the same. For aspirants, it’s high time to acquire a blockchain professional certification as it’s a given that employment growth in the said sector will explode in 2021.

3 Blockchain Trends to Gain Traction in 2021 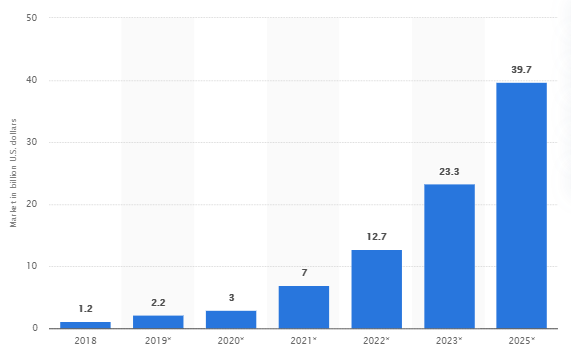 A Majority of Blockchain Startups are Going to Fail

In 2020, to date, we are observing a continuous increase in the number of blockchain startups and the funding into the same. However, it’s also true that blockchain is comparatively a new technology that is being deployed increasingly in a number of business sectors. And therefore, its implementation is still immature across industry verticals, except the ‘fintech’. And hence, by default, a large number of blockchain startups are destined to fail, and the similar will be the case for investments associated.

As per Gartner, a mere 10% of conventional firms will be able to transform themselves deploying the blockchain tech in the next three years.

There will be observed inception of national cryptocurrencies in 2021 with governments realizing the relevance and applicability of blockchain tech in trade and commerce. Federal governments across the world have failed to put strict regulations on the exchange of cryptocurrencies in their respective countries because the implementation of such regulations will be extremely difficult to execute.

At the onset of blockchain-backed digital transactions, national governments across the world did try to put shackles on the expanse of decentralized monetary exchanges but seeing the widespread popularity and acceptance of cryptographic transactions, they too, have given up now. Recognizing the many benefits of the said fintech, governments across the world are planning to launch their own cryptocurrencies.

Blockchain Experts Being Desperately Wanted by the Top Firms

The demand for qualified blockchain experts is on an all-time high. With the said disruptive tech booming at an unprecedented rate, the demand for individuals equipped with industry-relevant blockchain certifications is going to further soar in the times to come. Upwork, the popular portal to find freelancing work, has clearly shown signs of increased demand for blockchain engineers off late. Because of the said disruptive tech being new, there are a limited number of people currently on the planet with ‘blockchain skills’. And that’s why the skyrocketing demand!

If one breaks into the blockchain industry now, maybe within a couple of years, his income will multiply manifold, given the enormous popularity, it’s gaining across business sectors. People are literally quitting their respective jobs to get into the happening blockchain sector. Expect an inflated demand for blockchain experts in 2021, and if you have already been thinking to enter the said domain, don’t wait!