How to assess quality and correctness of classification models? Part 4 - ROC Curve

In the previous parts of our tutorial we discussed:

In this fourth part of the tutorial we will discuss the ROC curve.

What is the ROC curve?

The ROC curve is one of the methods for visualizing classification quality, which shows the dependency between TPR (True Positive Rate) and FPR (False Positive Rate). 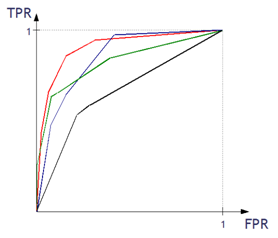 How is the ROC curve created

Assessing the classifier on the basis of the ROC curve

The quality of classification can be determined using the ROC curve by calculating the:

se than a random one.

The higher the value of GC, the better. GC = 1 denotes a perfect classifier, GC = 0 denotes a purely random one. 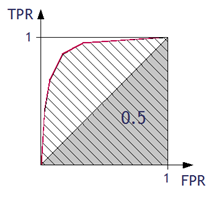