When Hollywood wants a hit, a data analyst can help. Data analysts are taught to think critically about information through evidence-based data gathering, data modeling, and quantitative analysis — and then to present it in compelling ways. A perfect example is the data visualization created by [email protected]  that compares Star Wars movie revenue to the lifetime box office revenue for 23 of the actors who’ve had roles in the Star Wars franchise.

For both Disney — which purchased LucasFilm in 2012 — and the actors involved, things are about to get even better. Episode VII, “The Force Awakens,” is expected to break box office records to the tune of an anticipated $650 million in the U.S. alone — and $2 billion globally. The depth of loyalty that Star Wars fans possess was demonstrated by the estimated 130,000 fans who recently lined up for midnight openings that offered the new lineup of Star Wars toys.

Although this particular franchise has had tremendous success, there are certainly no guarantees in Hollywood. The millions invested in a film could end up being wasted without the use of predictive analytics to help make strategic decisions about which films are most likely to be hits. With the use of historical data — such as how popular starring actors are, the performance of the genre, and the box office receipts for previous films in a series — analysts can predict whether or not money will be well spent.

As Yoda said, “Many of the truths that we cling to depend on our point of view.” Those who make the most of predictive analytics can help to ensure the accuracy of both. 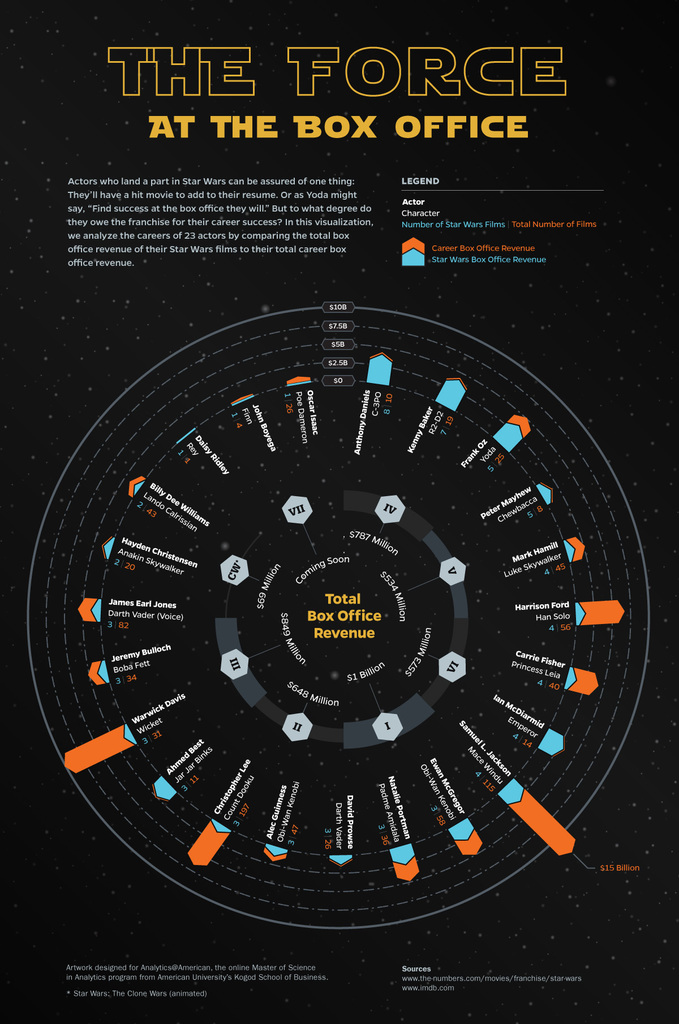 The source article for this visualization can be seen here.