Wickham earned his renown as the preeminent developer of packages for R, a programming language developed for data analysis. Packages are programming tools that simplify the code necessary to complete common tasks such as aggregating and plotting data. He has helped millions of people become more efficient at their jobs -- something for which they are often, and . The packages he has developed are used by tech behemoths like Google, Facebook and Twitter, journalism heavyweights like the New York Times and FiveThirtyEight, and government agencies like the Food and Drug Administration (FDA) and Drug Enforcement Administration (DEA).

Truly, he is a giant among data nerds. 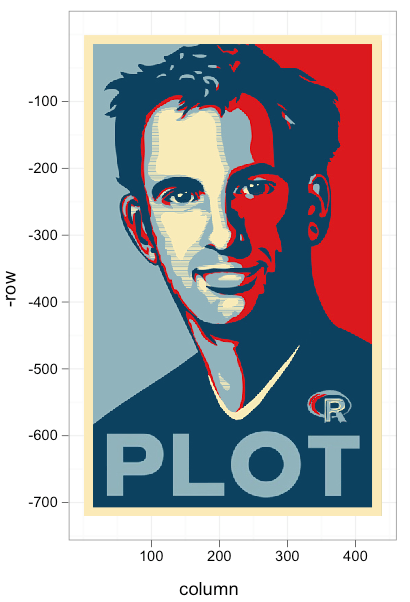 Wickham is an Assistant Professor of Statistics at Rice University, interested in interactive and dynamic graphics, in developing practical tools for data analysis, and in gaining better understanding of  complex statistical models through visualisation. In July 2008, he completed his PhD in statistics at Iowa State University with Di Cook and Heike Hofmann.

This article was first posted here. In this version, only the summary is included, and we've added sections about his teaching and R packages.