Interview with Gideon Mann, Head of Data Science at Bloomberg 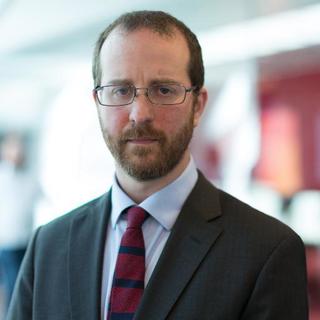 Interview with Gideon Mann, Head of Data Science at Bloomberg, where he guides the strategic direction for machine learning, natural language processing, and search on the core terminal. He joined Bloomberg from Google Research. At Google, in addition to academic research, his team built the core middle-ware libraries for small-to-medium sized machine learning, and publicly released the Google Prediction API, Smart Auto-Fill for Sheets, and coLaboratory (open-sourced as part of iPython / Project Jupyter).

1. What are you looking for when hiring data scientists?

When we hire data scientists, we usually need quantitative programmers, as opposed to applied statisticians. Typically, they have a background in a quantitative field and ideally hold an advanced degree in machine learning or in a hard science, like Physics. However, to effectively contribute to the Bloomberg Terminal, our data scientists need to take an idea from generation to implementation to deployment. So, along with mathematical rigor, they must also have rigor around their programming practice.

2. How did you become a data scientist?

As an undergraduate, I studied computer science and then pursued a Ph.D. in natural language processing. I was fascinated with artificial intelligence as a kid and never thought AI would take it this far.

I work in the office of the CTO and am responsible for strategic direction for our efforts in machine learning, natural language processing and search. To this end, I follow new academic research, advise on internal research efforts and work closely with the engineering team on product development.

3. Can employees learn data science on the job?

Yes -- employees can absolutely learn data science on the job, but it's not easy. To be prepared, you need to have a solid mathematics background, which you can then use to understand machine learning. Since the field is moving so quickly, you also have to be comfortable reading primary research literature.

4. What are the 3 most important qualities of a data scientist?

As an effective data scientist, you need to have a strong grasp of mathematics, combined with the ability to apply techniques and engage with the data. On top of these, you have to be an effective listener. Data science doesn't happen in a vacuum and you must be willing to understand what question you are really being asked to answer.

5. How do data scientists interact with other teams at Bloomberg (sales, editorial, marketing, advertising etc.)

Even though Bloomberg has a large media division, we're a technology firm at heart and most of our data scientists work in developing software for the Terminal. Aside from this group, there are other data science teams that consult for specialized functions, like sales, on a per-project basis.

6. What are some of the biggest differences between Bloomberg and other companies in terms of data science?

Unlike many other technology firms that apply data science primarily to serve ads to their users (e.g. Facebook, Google), Bloomberg is unique in that we serve our users directly by giving them the information they need. So, we apply data science to make sense of all of the financial information available to them. For example, we take Twitter feeds and tag them with sentiment in real-time so that algorithmic, event-driven traders can act on them.

7. How are data science methods changing the Terminal?

Previously, to provide accurate information to our clients, we relied heavily on hand curation. With the advent of machine learning methods, we're able to augment our human analysts and make them increasingly effective. As a result, our analysts are able to deliver analyses on more information than before.