So, How does Patil's journey compare to those of the current data scientists? RJMetrics set out to find these answers  by using the data we collected about data scientists in our latest benchmark study.

The educational backgrounds of data scientists

It may come as a surprise to learn that Patil’s journey started at De Anza Junior College. In his article, How I Became Chief Data Scientist, he writes about how one of the most valuable things he took away from community college is his love for mathematics.

All through high school, I was a mediocre math student (and that’s putting it kindly). But then I took a calculus class—and it rocked my world. The lecturer really took the time to explain deep concepts and helped me see the intrinsic beauty. Today, when I explain some of the concepts I learned back then, I still call upon the way it was explained to me all those years ago.

Patil’s background in mathematics is fairly common among data scientists with graduate degrees, ranking in the top five: 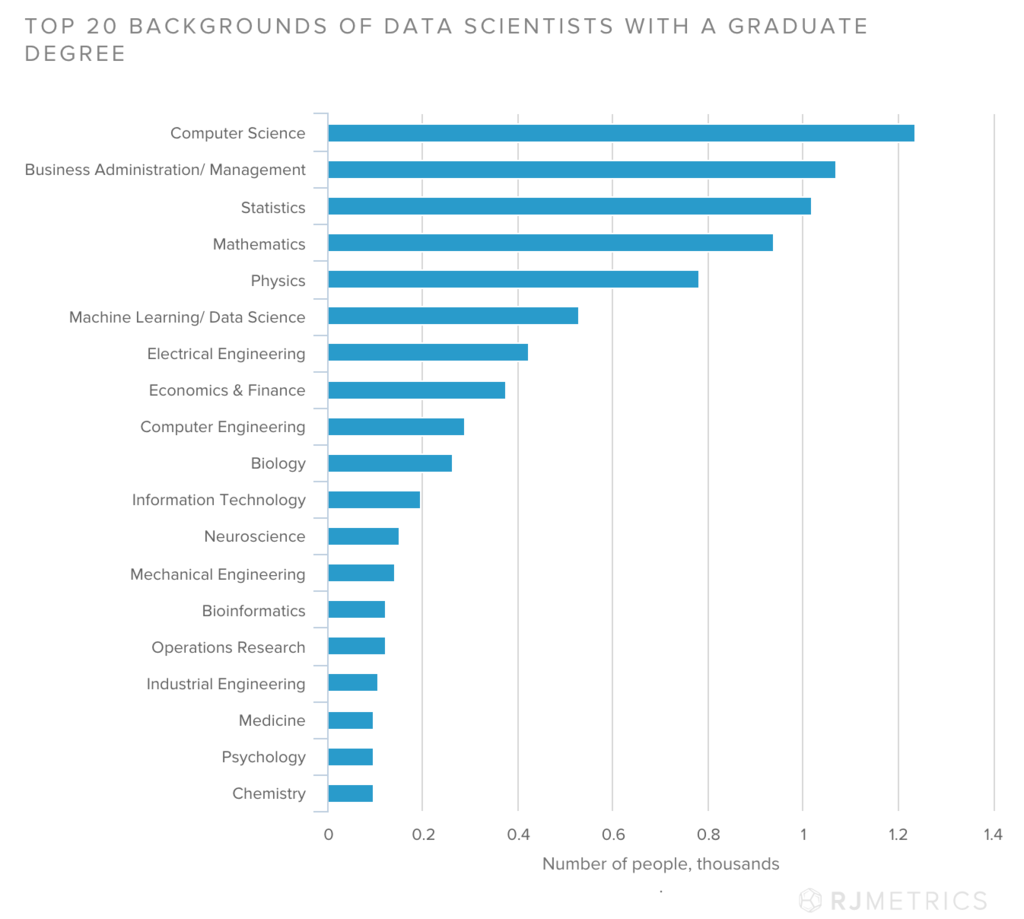 But beyond a pure Mathematics degree, it’s interesting to note that nine out of the top ten backgrounds require a foundation in mathematical intuition, and the list as a whole is very STEM-centric. 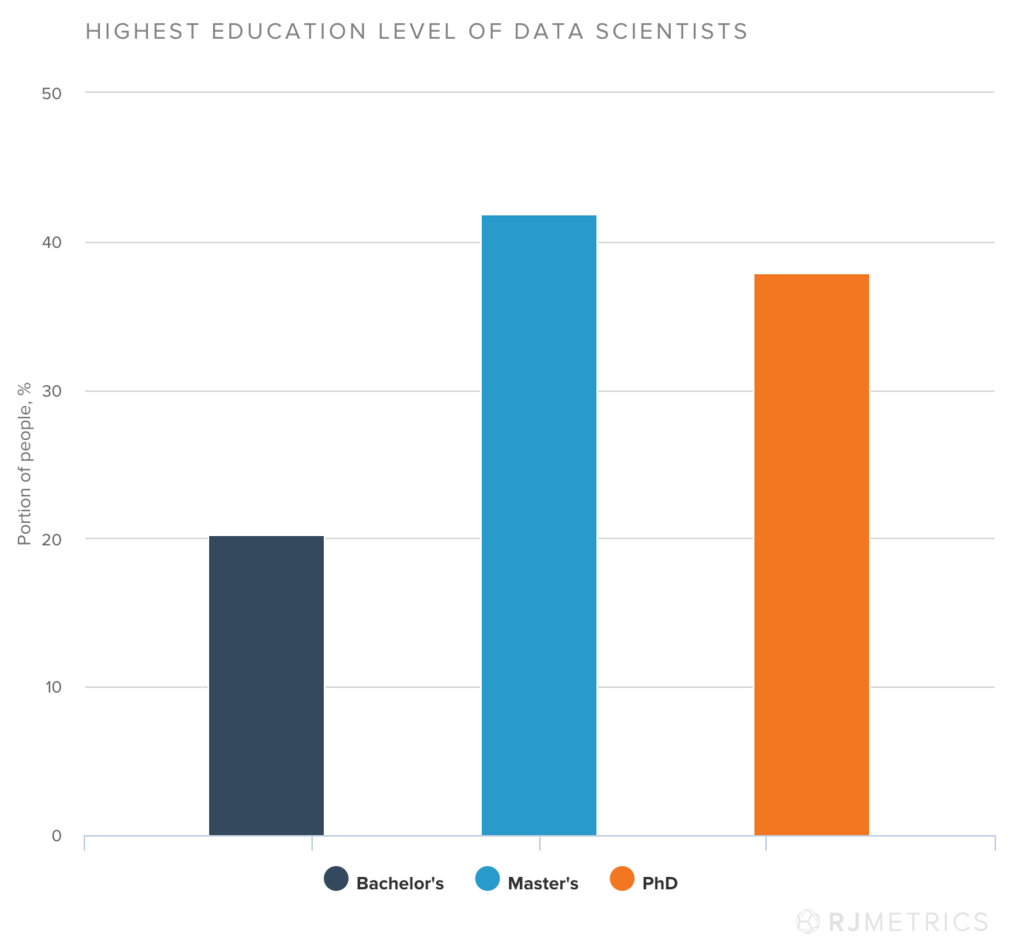 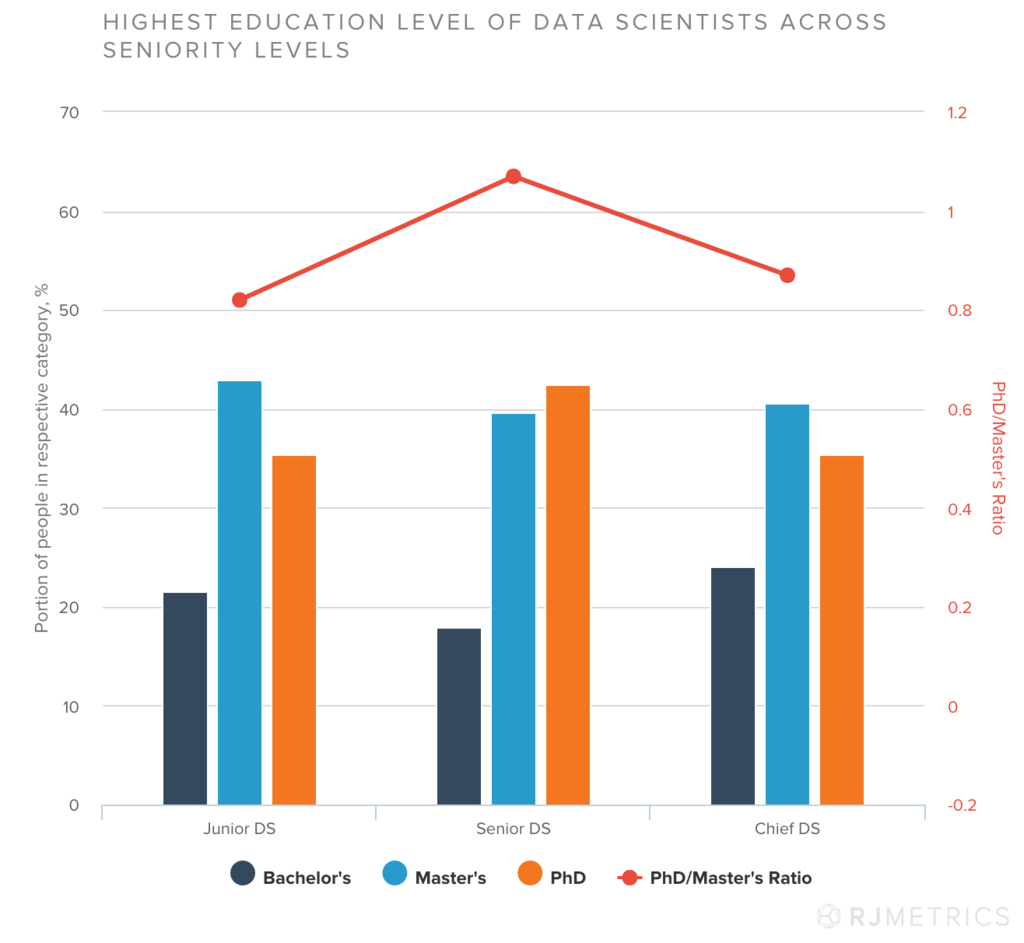 You can read the full post here, which includes predictions about how the increasingly common PhD path will affect the data science landscape.