Summary:  How about we develop a ML platform that any domain expert can use to build a deep learning model without help from specialist data scientists, in a fraction of the time and cost.  The good news is the folks at the Stanford DAWN project are hard at work on just such a platform and the initial results are extraordinary. 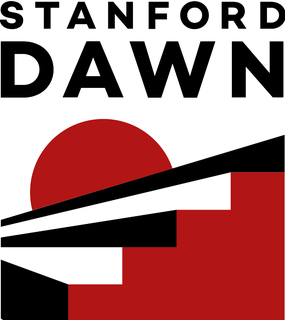 Last week we wrote that sufficient labeled training data was the single greatest cost factor holding back wide adoption of machine learning.  I stand corrected.  It may be the most expensive, but it’s far from the only thing holding ML back.

After examining the work of the Stanford DAWN project these researchers propose that literally all the steps in the development process from data acquisition, to feature extraction, to model training, and all the way to productionizing the model are all deeply flawed.  Each contributes significantly to holding back adoption of machine learning.

The Stanford DAWN project (Data Analytics for What’s Next) is a five year project started just about a year ago by four well known Stanford CS principal investigators Peter Bailis, Kunle Olukotun, Christopher Re, and Matei Zaharia, plus their post docs and Ph.D. students.  Together in this team of about 30+ there are plenty of academic and start-up chops to go around.

What they say is wrong with the current process is pretty much what we all know.

Despite the huge improvements in GPU/TPU compute, most of that machine time is wasted in trial and error.  Our development process is not up to our hardware.

In short, it just takes too many people too darn long to create useful models, much less those that rise to the level of human performance.

We’ve said it before and the DAWN PIs say it too, this phase in our development looks a lot like the dawn of the PC with lots of lab-coated specialists hovering around, all needed to keep this very young technology alive.

The major cloud providers along with everyone else understand this.  The introduction of transfer learning in the last year or so is a kind of stop gap that provides some simplification while reusing many of the very large and expensive pre-trained models they’ve built.

Still, if we want to get from the earliest prototype PC to today’s simple and reliable laptop, we’ve got a lot of simplifying and standardizing to do.

As the DAWN team was setting out, like all good data scientists one of the first questions they faced was how to tell if they were actually making things better.  They decided to focus on the measure: reducing the time and cost for the end-to-end ML workflow.  So there are these design goals:

The Solution – At a High Level

The work done over the last year has created a group of open source applications, many of which have already been implemented by DAWN’s commercial sponsors. At a high level, that group of solutions looks like this: (note all the graphics in this article are drawn directly from the DAWN project.) 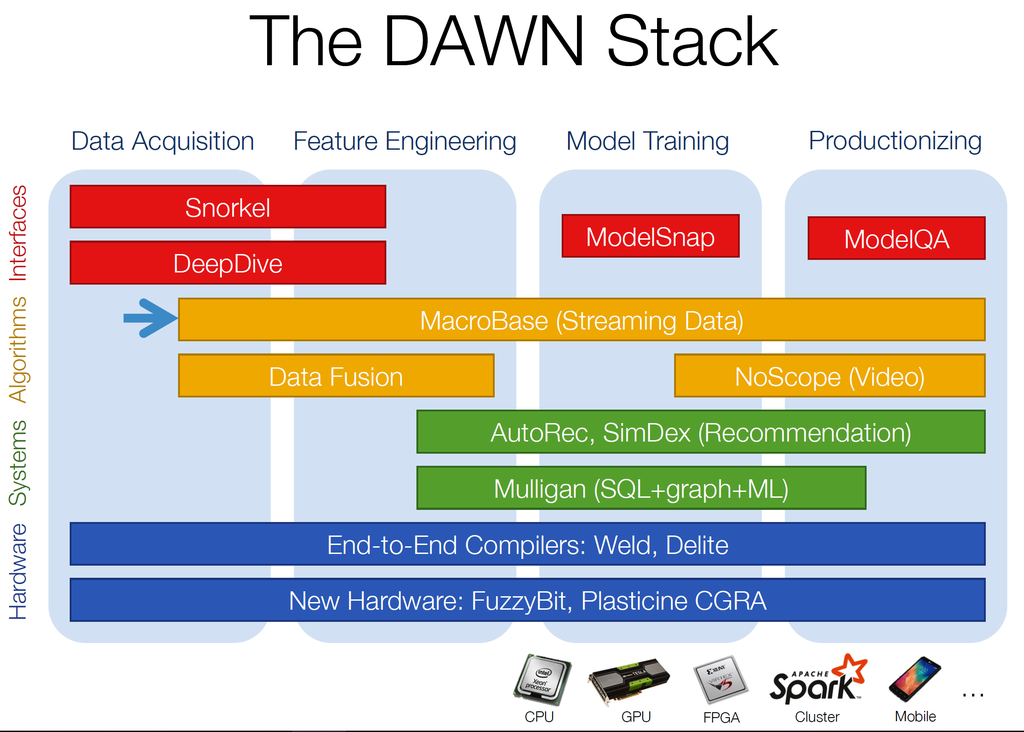 Here are some highlights of the major components.

The problem with streaming data is that there is simply too much too fast.  MacroBase is a new analytic engine specialized for one task, to find and explain unusual trends in data.  In keeping with their design goals, MacroBase requires no ML expertise, uses general models and tunes them automatically, and can be incorporated directly into production environments.  It’s open source and available now on github. 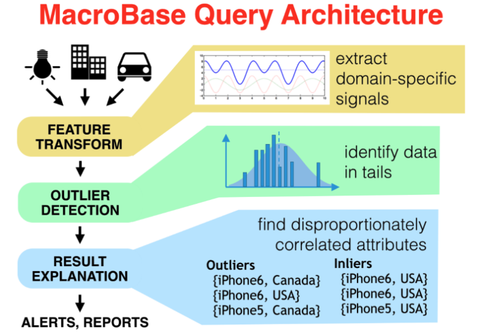 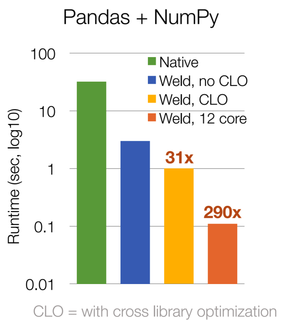 In the process of creating ML models we use many processing libraries and functions ranging from SQL, to Pandas, to NumPy, to TensorFlow, and the rest.  These are all data intensive and as a result data movement cost dominates on modern hardware.

Weld creates a common runtime for many of these libraries with many more yet to come.  The results are impressive and result in single library speed increases ranging from 4.5X for NumPy to 30X for TensorFlow (logistic regression).

Where Weld really shines is when the ML calls for cross library calculation.  For example, tests on Pandas + NumPy scored a 290X increase.

The list of supported libraries and functions is growing fast.  Currently available on github.

CNNs are doing a great job allowing accurate queries of visual data in real time production.  The problem is that it requires $1,000 GPU to process one video in real time.

NoScope is a video query system that accelerates the process with demonstrated cases of 100X to 3000X speed increases, with obvious reduction in resource use and cost.

Snorkel was the focus of our article last week so for detail we’ll let you look back.  The goal of Snorkel is to allow the creation of training data with a fully automated system with no human-in-the-loop correction required.

Domain experts write ‘labeling functions’ which express the patterns and heuristics that are expected to be present in the unlabeled data.  The system characterized as weakly supervised produces the labels with accuracy equal to human hand coding.

Keep in mind that the goal is to reduce the end-to-end time, cost, and complexity of producing a ML model.  The DAWN team has been rigorous about benchmarking the progress of the entire DAWNBench against their baselines on different common ML problems.

As of this last April which was the first anniversary of the DAWN Project the team reported a number of impressive time reductions.  Here’s the example for ImageNet:

It’s too early in the project to say whether we’ll ever see a fully integrated DAWNBench open source platform rolled out for all of us to use.  What’s much more likely is that the DAWN Project’s commercial sponsors including Intel, Microsoft, Teradata, Google, NEC, Facebook, Ant Financial, and SAP will take these advancements and incorporate them as they become available.  We understand that this is already underway.