Here we compare statistics about two well known top data science websites, 2015 vs. 2013. The 2013 data can be found here. Below are the same stats for these two web properties, as of today. From a methodology point of view, comparing two (or more) websites on two different time periods is much better than comparing just one website on two different time periods, as it allows you to detect, assess, and eliminate data noise and variance in your analysis.

Very little statistically significant changes are observed between 2013 and 2015:

SDC stands for Smart Data Collective, while the other property is a DSC (Data Science Central) channel. SDC is the second chart in both articles.

The data comes from Quantcast.com and is subject to errors. It compares two of the very few large data science properties that have been on Quantcast for a long time. In my opinion, the most significant insight is that gender imbalance is still at an all time high in US today in 2015, for data scientists. The same thing can be said about minorities. How can we change this? Even more worrisome is the fact that the few female data scientists, even today, have on average a less managerial job title.

Finally, you can check the same stats on Comscore.com, Compete.com, or Alexa.com. Surprisingly, the stats from Alexa.com are completely wrong about non-US traffic: Quantcast.com and GoogleAnalytics numbers (both are based on using tracking code) are totally different from Alexa.com (not based on tracking code). So Amazon, please - since you own Alexa.com, and have tons of great data scientists - please fix this problem (hint: detect and eliminate fake traffic from your statistics - especially fake traffic from Indian IP addresses, it tends to have an abnormally high number of pages per session). According to Quantcast, SDC has 11% of its traffic from India (see table below); according to Alexa, this proportion is 26% as of today. The latter number is wrong. 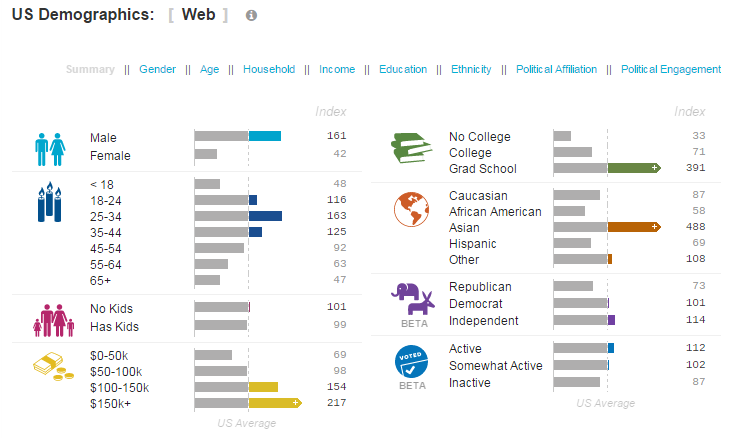 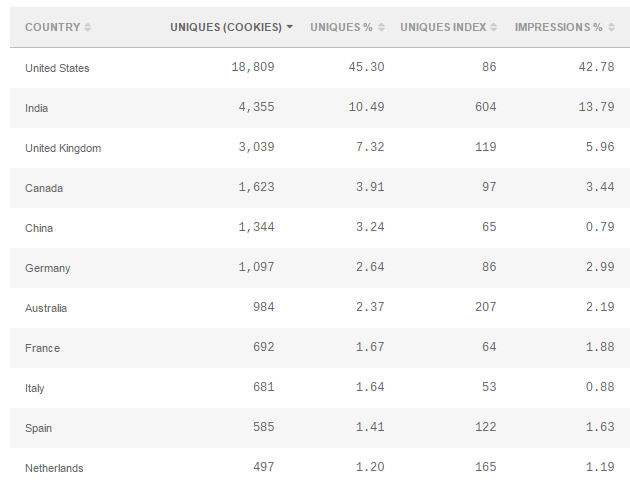 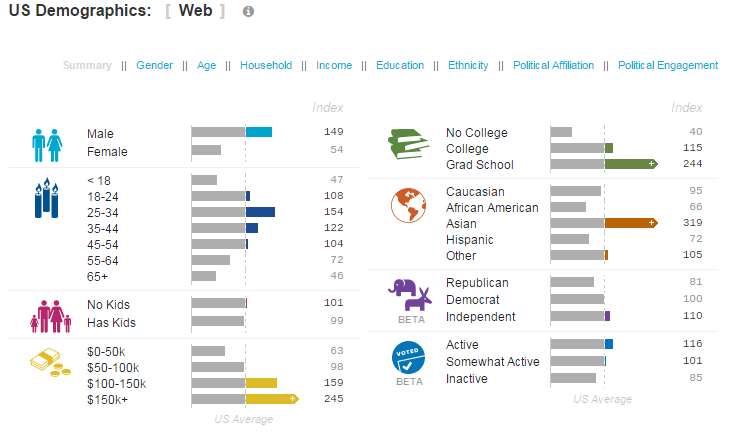