How Cyber Attacks Have Affected Businesses in 2020 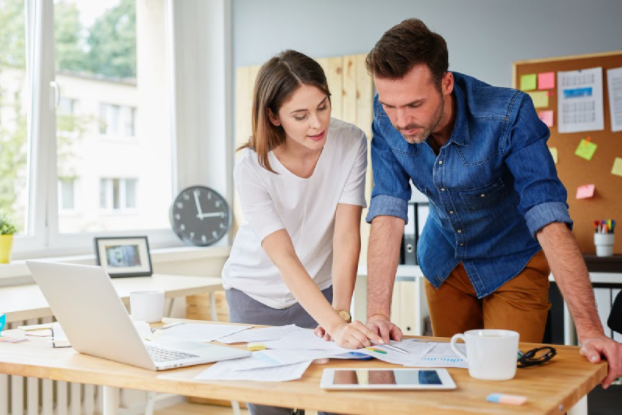 Cyber-attacks have been bothering people lately; however, 2020 shows us that there are no limits for people who are behind these crimes. Hackers used to crack down people's websites, personal accounts, but now, it is more about getting a bigger fish. The spheres that undergo significant stress from cyberattacks at the moment include small businesses, the world economy, and even politics.

Despite such an issue, malicious programs penetrate governmental and business institutions' systems and personal computers of the average citizens. It is time to think about your protection in advance. Consider this article to see how software can fit your needs, and seek some information regarding the features you need right now.

These are the options aimed at protection against common risks the business and political spheres experience nowadays. In this regard, let’s give it a more detailed look.

Small Businesses Are at Risk

Returning to the attacked spheres, let us see what meaningful cybercriminals happened lately and how these affected the world. Nearly every organization, whether it is a corporation or a small company, is a target for cyberattacks. Yet, if you own a small business, you should realize that this sector is the most vulnerable and whether you want it or not, you will have to spend some money on durable antivirus software.

The most important thing to keep in mind is that cybercriminals are not standing at one point; the attacks become more sophisticated and sly with every month. Modern antiviruses can detect a damaging file, yet, not all the programs can protect you from a newly created virus. For that reason, it would be fair to conclude that sooner or later, every small company is likely to be attacked.

The devastating effects of the hacking process are also related to the fact that online criminals foresee a particular company's risks. In other words, they study the organization from the inside, focus on the spots that can be a perfect breach target, and do whatever it takes to hack the security system. Besides, keep in mind that there is always a probability of an insider threat.

Why is the Segment so Luring?

As of the moment of 2020, 28% of the attacks engage small businesses. It seems to be a considerable percentage and makes you wonder what makes the segment so vulnerable in other businesses' background. The answer was the level of protection. Big corporations cannot close their eyes and keep up with popular antiviruses due to the scope of possible consequences.

Cybercriminals tend to diversify and broaden the field of their activity. So, you should be ready to guard your company, employees, and, of course, your customers. Interestingly, the motives of the criminals are financial (83%), concerned with espionage reasons (8%), and also fun-related (3%). Some of the typical attacks are as follows:

Note that weak passwords are not a good thing for businesses as well, and hackers will use your neglect of the rules. Weak passwords are often an issue that comes from employees' negligence. All actions that come from the inside of the organization - employees, associates', or business contractors' activity - comprise an insider threat.

The insider threat appears when the contributors access sensitive data and use it for the sake of their benefit. On the other hand, data leak may happen due to a person's inattentiveness and unprofessionalism. You should be aware of similar cases to know the root of the problem in such situations, where an insider brings down the entire company.

With a growing interest in poorly protected small businesses, global security risks grow as well. Eventually, it poses serious problems for the economy of the entire world. The Global Risks Report 2020 suggests that until 2030, cybercrime will be the second top risk in the global commerce sphere. It sounds odd, considering the technologies people already know. The trouble is that hackers are smart as whips.

Sure, the small companies suffer the most, yet the big corporations also face impactful attacks, and this problem will not disappear. Big organizations have branch offices and sub-companies around the world. And if one of the institutions is affected, then the revenue, reputation, and profits of the entire organization are going to experience tough times.

Another indicator of small business' vulnerability is the attacks on the public sector and governmental entities. It may seem somehow evident that cyber criminals should be interested in governmental organizations and accounts of politics. The reasons for such breaches vary from personal benefits, like confidential information extortion, to political views.

Lately, the entire world watched the combat between Donald Trump and Joe Biden; one of the discussed topics was the possibility of ransomware attack during the elections. Especially considering the way how high the emotions ran during the debates of both candidates.

The reason for such a concern is related to an incident back in 2016 when ransomware hit the state of Florida election. Despite the recovery, the event left an unpleasant aftertaste, and people realized that it was no joke - cyber attacks were genuine and could undermine the system. If such a public sector is vulnerable, then small businesses are under hit as well.

In this regard, the reaction created by previous ransomware was impressive. Aside from political institutions, Americans saw the issue from a broader perspective: if elections were that easy to compromise, it would be even easier to compromise banking companies, hospitals, etc.

As you can see, cybercriminals are not a thing to ignore. People could have noticed a more rapid growth in the number of attacks during the last decade. There are three sectors in the limelight of an issue: small businesses, the global economy, and politics. In most cases, the reason for a breach was a human mistake, weak security measures, or unawareness of the problem's seriousness.