Here I share my predictions as well as personal opinion about the pandemic. My thoughts are not derived from running sophisticated models on vast amounts of data. Much of the data available has major issues anyway, something I am also about to discuss. There are some bad news and some good news. This article discusses what I believe are the good news and bad news, as well a some attempt at explaining people behavior and reactions, and resulting consequences. My opinion is very different from what you have read in the news, whatever the political color. Mine has I think, no political color. It offers a different, possibly refreshing perspective to gauge and interpret what is happening. 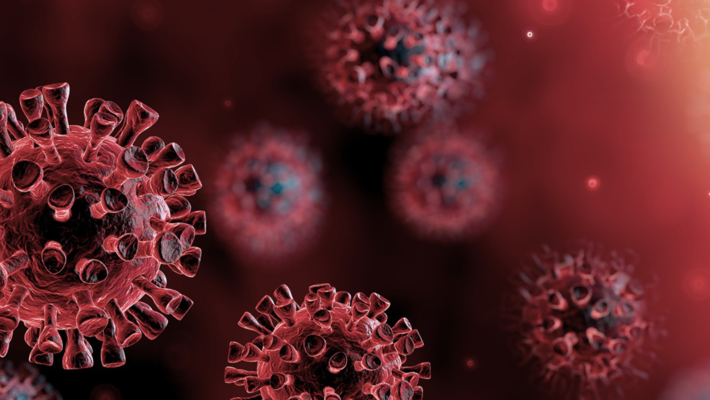 I will start by mentioning Belgium, one of the countries with the highest death rate. Very recently, it went from 10,000 deaths to 15,000 in the last wave, in a matter of days. They are back in some lock-down, and the situation has dramatically improved in the last few days. But 15,000 deaths out of 10,000,000 people would translate to 500,000 deaths in US. We are far from there yet. Had they not mandated a new lock-down, killing restaurants and other businesses but keeping schools open along the way, they would probably have 20,000 deaths now, probably quickly peaking at 25,000 before things improve. Now we are comparing apples and oranges. In Belgium, everyone believed to have died from covid was listed as having actually died from the virus even if un-tested. Also, the population density is very high compared to US, and use of public transportation is widespread. Areas with lower population density have initially fewer deaths per 100,000 inhabitants, until complacency eventually creates the same spike.

The bad news is that I think we will surpass 500,000 deaths in US by the end of February. But I don't think we will ever reach 1,000,000 by the end of 2021. A vaccine has been announced for months, but won't be available to the public at large in time: only to some specific groups of people (hospital workers) in the next few months. By the time it will be widely available, we will all have been contaminated / infected and recovered (99.8% of us) or dead (0.2% of us). The vaccine will therefore be useless to curtail the pandemic, which by then will have died out of its own due to lack of new people to infect. It may still be useful for the future, but not to spare the lives of another 300,000 who will have died between now and end of February.

You may wonder: why not imposing a full lock-down until March? Yes this will save many lives but kill many others in what I think is a zero-sum sinister game. Economic destruction, suicide, drug abuse, crime, riots would follow and would be just as bad. And with surge in unemployment and massive losses in tax revenue, I don't think any local or state government has the financial ability to do it,  it is just financially unsustainable. So I think lock-downs can only last so long, probably about a month or so maximum. What is likely to happen is more and more people not following un-enforced regulations anymore, and those who really need to protect themselves, will stay at home and continue to live in a self-imposed state of lock-down.

Now some good news at least. It is said that for anyone who tests positive, 8 go untested because symptoms are too mild or inexistent to require medical help, and thus are not diagnosed. Me and my whole family and close friends fit in that category: never tested, but fully recovered, with no long-term side effects. Have we been re-infected again? Possibly, but it was even milder the second time, and again none of us were tested. One reason for not being tested / treated is that going to an hospital is much more risky than dining-in in a restaurant (many hospital workers died from covid, much fewer restaurant workers did). Another reason is to not have a potentially worrisome medical record attached to my name. Now you can say we were never infected in the first place, but it's like saying the virus is not contagious at all. Or you can say we will be re-infected again, but it's like saying the vaccine, even two doses six months apart, won't work. Indeed we are very optimistic about our future, as are all the people currently boosting the stock market to incredible highs. What I am saying here is that probably up to half of the population (150 million Americans) are currently at the end of the tunnel by now: recovered for most of us, or dead.

Some people like myself who had a worse-than-average (still mild) case realize that wearing a mask causes difficulty breathing worse than the virus itself. I don't have time to wash my mask and hands all the time, or buy new masks and so on, when I believe me and my family are done with it. Unwashed, re-used masks are probably full of germs and worse than no mask, once immune. As more and more people recover every day in very large numbers these days (but the media never mention it) you are going to see more and more people who spontaneously return to a normal life. These people are not anti-science, anti-social, or anti-government - quite the contrary, they are acting rationally, not driven by fear. They don't believe in conspiracy theories, and are from all political affiliations or apolitical. Forcing these people to isolate via mandated lock-downs won't work: some will have big parties in private homes, a hair-dresser may decide to provide her services privately in the homes of her clients, and be paid under the table. People still want to eat great food with friends and will continue to do so. People still want to date. Even if the city of Los Angeles makes it illegal to meet in your home with members from another household, you can't stop young (or less young) people from dating, not any more than you can stop the law of gravity no matter how hard you try.

Of course, if all the people acting this way were immune, it would not be an issue. Unfortunately, many people who behave that way today are just careless (or ignorant, maybe not reading the news anymore). But as time goes by, even many of the careless people are going to get infected and then immune; it's a matter of weeks. So the intensity of this situation may peak in a few weeks and then naturally slow down, as dramatically as it rose.

In conclusion, I believe that by the end of March we will be back to much better times, and covid will be a thing of the past for most of us. Like the Spanish flu. Though it is said that the current yearly flu is just remnants from the 1918 pandemic. The same may apply to covid, but it will be less lethal moving forward, after having killed those who were most susceptible to it. Already the death rate has plummeted. This of course won't help people who have lost a family member or friend, you can't make her come back. This is the sad part.