We’ve been told that Big Data is the greatest thing since sliced bread, and that its major characteristics are massive volumes (so great are they that mainstream relational products and technologies such as Oracle, DB2 and Teradata just can’t hack it), high variety (not only structured data, but also the whole range of digital data), and high velocity (the speed at which data is generated and transmitted). Also, from time to time, much to the chagrin of some Big Data disciples, a whole slew of new identifying Vs are produced, touted and then dismissed (check out my LinkedIn Pulse article on Big Data and the Vs).

So, beware. Things in Big Data may not be as they may seem.

It’s not about big

I have been waging an uphill battle against the nonsensical and unsubstantiated idea that more data is better data, but now this view is getting some additional support, and from some surprising corners.

In a recent blog piece on IBM’s Big Data and Analytics Hub (Big data: Think Smarter, not bigger), Bernard Marr wrote that “the truth is, it isn’t how big your data is, it’s what you do with it that matters!”

Elsewhere, SAS echoed similar sentiments on their web site: “The real issue is not that you are acquiring large amounts of data. It’s what you do with the data that counts.”

Can we call that ‘strike one’ for Big Data Vs?

It’s not about variety

It is claimed that 20% of digital data is structured, it is based on the problematic suggestion that structured data is uniquely relational. It is also claimed that unstructured data includes CSV files and XML data, and this makes up far more than the 20% of the data generated. But this definition is simply wrong.

“But”, I hear you say “what about all the non-textual data such as multi-media, and what about the masses of unstructured textual data?”

Take it from me, most businesses will not be basing their business strategies on the analysis of a glut of selfies, home videos of cute kittens, or the complete works of William Shakespeare or Dan Brown. Almost all business analysis will continue to be carried out on structured data obtained primarily from internal operational systems and external structured data providers.

It’s not even about velocity

So, if we accept that Big Data isn’t really about the data volumes or data variety that leaves us with velocity, right? Well no, because if it isn’t about record breaking VLDBor significant data variety, then for most commercial businesses the management of data velocity becomes either less of an issue or just is no issue. The fact that some software vendors and IT service suppliers set up this ‘straw man’ argument and then knock it down with the ‘amazing powers’ of their products and services, is quite another matter.

It’s not about the manageability of Big Data

We have been told and time again that the major difference between a data scientist and professional statistician is that the ‘scientists’ know how to cope very well with massive volumes, varieties and velocities of data. Now it turns out that this is also questionable.

According to Bob Violino writing in Information Management (Messy Big Data Overwhelms Data Scientists – 20 February 2015) “Data scientists see messy, disorganized data as a major hurdle preventing them from doing what they find most interesting in their jobs”. So, when it comes to data quality and structure the ‘scientists’ don’t really have an advantage over professional statisticians.

Last year Thomas C. Redman writing in the Harvard Business Review (Data’s Credibility Problem) noted that when Big Data is unreliable “managers quickly lose faith” and “and fall back on their intuition to make decisions, steer their companies, and implement strategy” and when this happens there is a propensity to reject potentially “important, counterintuitive implications that emerge from big data analyses.”

Data science and Big Data analytics are the new kids on the block, aren’t they?

A major banking equipment supplier: A lot of banking equipment is hybrid analogic-digital, a simple example of this would be a photo copier or a physical document processing device. One major supplier decided to incorporate the capture of sensor data produced by their devices to predict failure and problems. Predictive preventive maintenance rules are created and corroborated using the data generated by sensors on each customer device, and these rules then get incorporated into the devices logic.

A major IT vendor: What happens when you create an intersection and convergence between technologies, techniques and method from areas of mainstream IT, data architecture and management, statistics (quantitative and qualitative analytics) and data visualisation, artificial intelligence/machine learning and knowledge management? This is precisely what one of the main European IT vendors did, and the idea proved to be quite attractive to customers, prospects and investors.

A major integrated circuit supplier: The testing of ICs at the ‘fabs’ (manufacturing plants) generates serious amount of data. This data is used to detect errors in the IC manufacturing process, it is captured and analysed in as near real-time as possible, which is necessary due to the costly nature of over-running the production of faulty ICs. To get around this problem the company uses a combination of fast data capture, transformation and loading of data into a data analytics area to ensure early and precise problem detection.

The science is frequently not very scientific

According to Vasant Dhar of the Stern School of Business (Data Science and Prediction), Jeff Leek (The key word in “Data Science” is not Data, it is Science), and repeated on Wikipedia, “In general terms, data science is the extraction of knowledge from data”. Well, excuse me if I beg to differ. I have seen data scientists at work, and the word science doesn’t actually jump out and grab you. It’s difficult to make the connection, just as it is to accurately connect some popular science magazines with fundamental scientific research.

If a professional and qualified statistician wants to label themselves a data scientist then I have no issue with that, it’s their problem, but I am not willing to lend credibility to the term ‘data scientist’ when it is merely an interesting job title, with at most a tenuous connection to the actual role, and one that is liberally applied, with the almost customary largesse of IT, to creative code hackers and business-averse dabblers in data.

As Hazelcast VP Miko Matsumura suggested in Data Science is Dead “… put “Data Scientist” on your resume. It may get you additional calls from recruiters, and maybe even a spiffy new job, where you’ll be the King or Queen of a rotting whale-carcass of data” and ” Don’t be the data scientist tasked with the crime-scene cleanup of most companies’ “Big Data”—be the developer, programmer, or entrepreneur who can think, code, and create the future.”

And the value is questionable

DATA: “Data is a super-class of a modern representation of an arcane symbology.” – Anon

If I had a dollar for every time I heard someone claim that data has intrinsic positive value then I would be as wealthy as Warren Buffet.

Data can be relevant and data can be irrelevant. That relevance or irrelevance of data may be permanent or temporary, continuous or episodic, qualitative or quantitative.

Some data is meaningless, and there are cases whereby nobody can remember why it was collected or what purpose it serves.

Taking all this into account we can ask the deadly pragmatic question: what value does this data have? Which is sometimes answered with a pertinent ‘no value whatsoever’.

So what is it really about?

It is said that Big Data is changing the world, but for all intents and purposes, and shamed by previous Big Data excesses, some people are rapidly changing the definitions and parameters of Big Data, and to position it as being more tangible and down-to-earth, whilst moving it away from its position as an overhyped and dead-ended liability.

Big Data is a dopey term, applied necessarily ambiguously to a surfeit of tenuously connected vagaries, and its time has come and gone. So, let’s drop the Big Data moniker, and embrace the fact that data is data, and long live ‘All Data’, yes, all digital data. Let’s consider all data and for what it’s worth to the business, and not for what some chatterers reckon its value is – having as they do, little or no insight into the businesses to which they refer, or of the data in that these businesses possess.

So, when push comes to shove, is Big Data really about high volumes, high velocity and high variety, or is it in fact about much noise, too much pomposity and abundant similarity leading to unnecessary high anxiety?

Thanks very much for reading.

A cogent well argued article.  Too often I hear Big Data and NoSQL, by people who can't even explain what "Big" data is, but are demanding scaleable solutions for only gigs of data that can be handled more than adequately by MySQL, Postgres or any of the traditional RDBMs vendors. 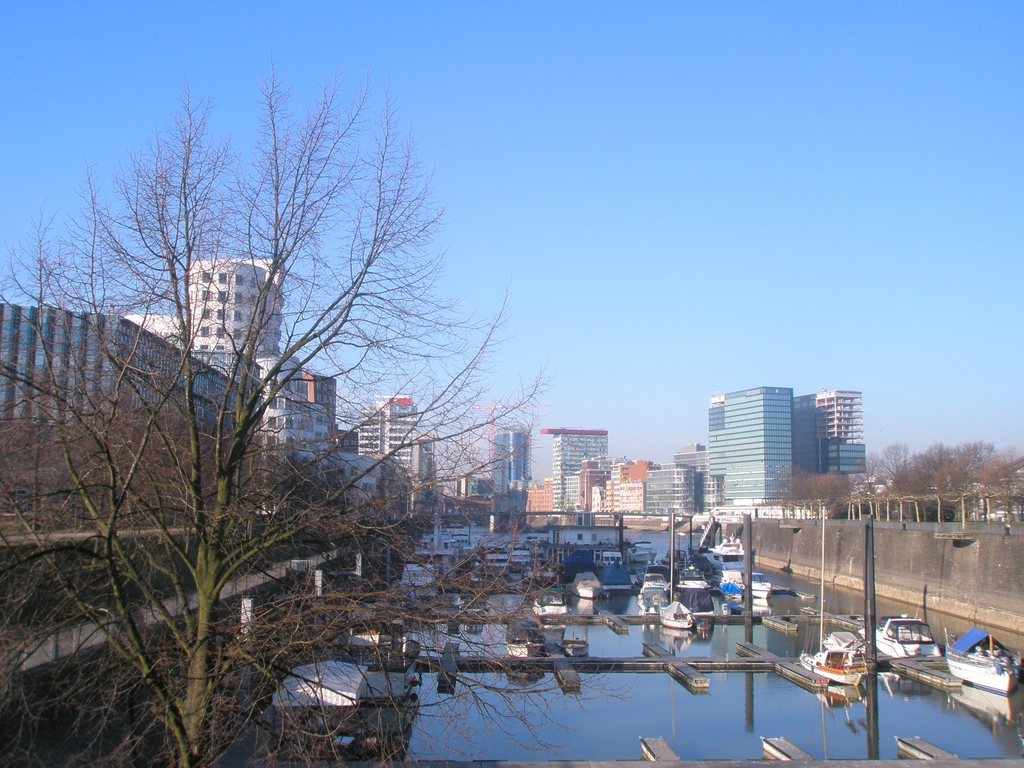 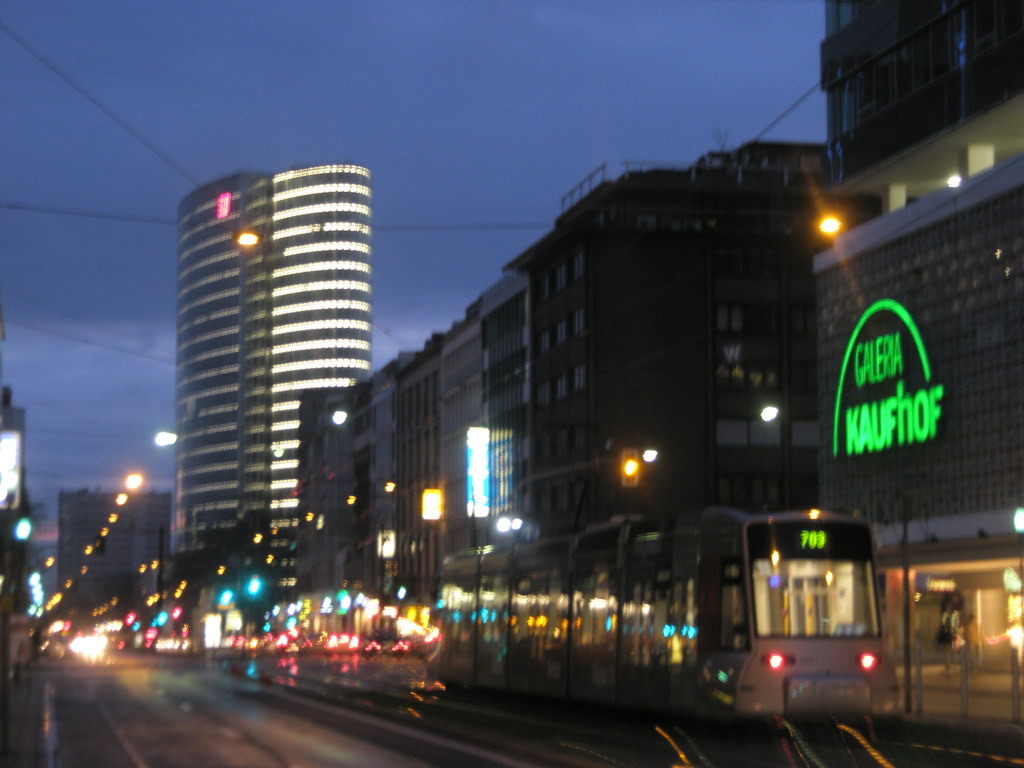 Ilya, how's that different from NLP, for example from standard text categorization algorithms such as the one described here?

what methods have you discovered

what are you trying to explain here ? if R & Hadoop is not the solutions for Big data analytical tell me what have you come out with that gives you strong impressions that it is not.

Great article.  You articulated what I have been trying to say for months.  Thanks.