Let's get back to the issues related to clustering.  To use the clustering algorithm we had to map 2 tweets at the time to a binary vector.  In the initial clustering approach we did not remove low frequency words, in spite of practitioners recommendation.  In this blog, we will see if a different mapping of the tweets, different dissimilarity or similarity distances, and if removing low frequency words change the outcome of clustering function.  While this work is just a simple exercise, it does help us define issues in our more pressing problems. 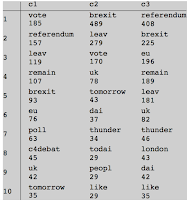 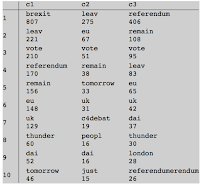 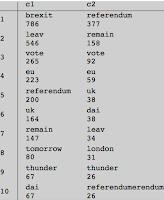 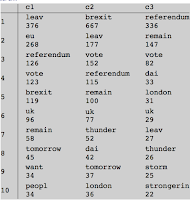 Note: I'm still looking for a better word to normalization in this context.