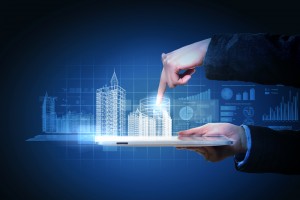 Growing need for faster response with precision has led to the increasing adoption of automation and control system in the market. The control system aids in saving the operating cost with existing energy resource and reduces the emission of carbon dioxide in the environment. The increasing need for reliability, maintenance and support, customization, and the need for the energy efficiency has fuel the market growth over the forecast period.

Energy Efficiency is one the major factor which has fuel the market and implementation of energy efficient building. Energy Efficiency helps in reducing the environmental footprints and controls rising energy cost, hence increasing the value of a building. Increasing adoption of the wireless connectivity which further aids in remote monitoring, control, and enhanced security in building has also driven the industry growth.

Increasing implementation of IoT in commercial buildings such as retail stores, corporate offices and production factories has further reduced the energy consumption and enhanced the energy efficiency. The enterprises in the industry are switching from pneumatic devices to digital direct control (DDC) owing to their compatibility with the new devices.

Furthermore, the market is segmented by products which include security and access control, lighting system, BMS, HVAC control, Fire and life safety, and others. The end users of building automation and control system market are segregated into residential, commercial and institutional and public buildings.

Growing trend for the energy efficient buildings has led the premises to implement automated lighting control system such as timers, sensors, and photo sensors, thereby saving the excess usage of energy. Various lighting sources are implemented in a building for achieving the energy efficiency factor which includes LEDs, incandescent lamps which requires less maintenance with better lighting coverage. Furthermore, the enhanced security systems such as CCTV, HDR system integrated with software for illegal intrusion, smoke and fire alarms are also installed for enhanced security within the premises.

Increasing demand for operational efficacy, energy efficiency and ease of maintenance in the commercial area is expected to impact the sector in a positive manner. The presence of various regional, local and international automation solutions vendors have created a high competition environment in the commercial sector. The industry vendors offers customized automation solutions at competitive price for specific applications to meet the diversified needs of the customers which include increasing the operation efficiency and reducing the energy costs, thereby generating various opportunities for growth.

Increasing large scale adoption in healthcare and industrial market in several countries of North America such as U.S., Mexico, and Columbia is expected to enhance the industry growth over the forecast period. Growing investments in infrastructure and high awareness for energy efficiency is projected to boost the market in Europe. Furthermore, APAC region is also anticipated to witness growth over the forecast period owing to increasing investments from foreign investors in Oil and Gas sector, infrastructure, and industrial parks.

The major players in the market include Johnson Controls, Honeywell, Automated Logic and Schneider Electric. The competitive business environment within the players has led to the product innovation and extension within the industry. The players are investing heavily in R&D activities enabling them to offer innovative solutions to the customers.

Energy Efficiency is one the major factor which has fuel the market and implementation of energy efficient building. Energy Efficiency helps in reducing the environmental footprints and controls rising energy cost, hence increasing the value of a building.