It is with heavy heart that I must relay to you that Gartner has dropped “Big Data” from its 2015 Hype Cycle for Advanced Analytics and Data Science.  As recently as 2012 this category was called the “The Hype Cycle for Big Data”, but alas, no more.  RIP “Big Data”.

“Big Data” joins other trends dropped into obscurity this year including:  decision management, autonomous vehicles, prediction markets, and in-memory analytics.  Why are terms dropped?  Sometimes because they are too obvious.  For example in-memory analytics was dropped because no one was actually pursuing out-of-memory analytics.  Autonomous vehicles because “it will not impact even a tiny fraction of the intended audience in its day-to-day jobs”.  Some die and are forgotten because they are deemed to have become obsolete before they could grow to maturity.  And Big Data, well, per Gartner “data is the key to all of our discussion, regardless of whether we call it "big data" or "smart data." We know we have to care, so it is moot to make an extra point of it here.” Is this a joke?  No, not at all.  Actually “Big Data” remains an item in the 2014 Hype Cycle for Emerging Technologies and even the 2105 Hype Cycle for the Internet of Things but that doesn’t really clear things up.  Because right alongside of “Big Data” on those charts are at least a dozen terms drawn directly from Advanced Analytics and Data Science such as predictive analytics, real-time analytics, data science, and content analytics.

OK so there’s plenty of inconsistency among these closely related hype cycles and we’re not about to abandon “Big Data”.  If we did half of us would have to change our company names.  But the truth is that “Big Data” was always a little more than inconvenient.

When I first took a stab at making a definition I concluded that Big Data was really more about a new technology in search of a problem to solve.  That technology was NoSQL DBs and it could solve problems in all three of those Vs.  Maybe we should have just called it NoSQL and let it go at that.

Not to worry.  I’m sure that calling things “Big Data” will stick around for a long time even if Gartner wants us not to.  There’s an old saying that you die twice.  Once when you pass away and once when the last person who remembers you utters your name.  Based on that criterion I’m guessing “Big Data” is in for a long, long life.

Actually, falling off the "Hype Cycle" could be considered a favorable event for "Big Data". Rather than abandonment, it could mean that the related technologies are maturing and consolidating 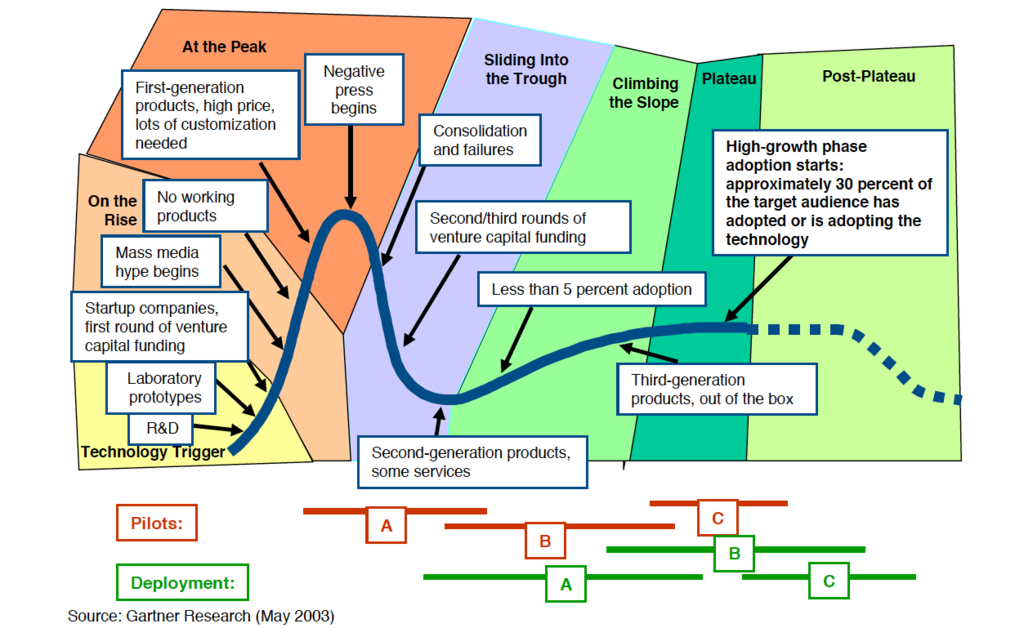 Analytical tasks are still the same despite terms coming & going.

The self-driving cars of today are actually autonomous-vehicles,  that's what the original developer of such vehicles named/labelled it. As I said above, whether we call it self-driving or autonomous-vehicle makes no difference to the actuality. Its still a vehicle that drove itself with minimal human intervention.

The first proto-type autonomous vehicle (or self-driving cars) developed  the ALVINN from 1989-1991 period at  CMU robotic labs. which is almost 30 years ago. ALVINN stands for Autonomous Land Vehicle In a Neural Network and there's no doubt that modern self driving cars developed by Google today including other car manufactures still involve Neural Network,  which has been criticized here at Data Science Central as old algorithm, implying that it is out of date, which is obviously not at all to R&D people in the area of autonomous vehicles.

ALVINN was reported to have been successfully driven autonomously at speeds of up to 70 mph, and for distances of over 90 miles on a public highway north of Pittsburgh at the time.

I find that hype originates from industry not from academic researches.  If one needs to find related literature to self-driving or autonomous vehicle, then he/she search on "autonomous vehicle" but not really on self driving cars, since most of the papers are published on autonomous-vehicle.