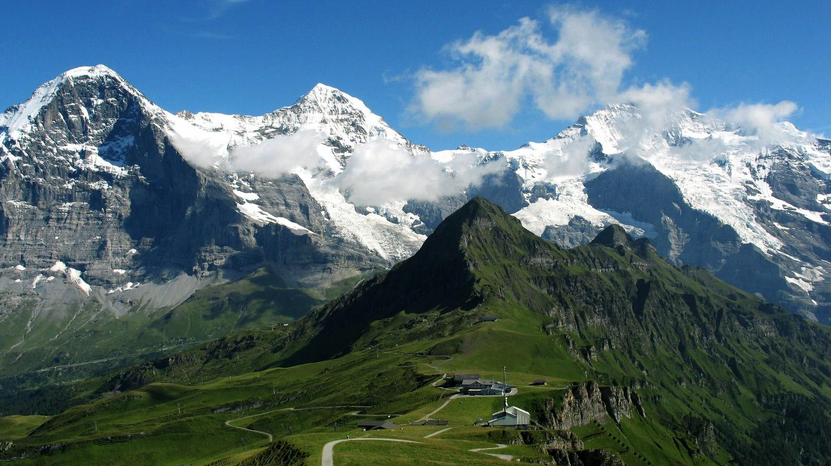 At least, some people start to notice that a number of data science thought leaders are coming from small countries, and feel very encouraged by this. For instance, when 'small country' people learn that I also come from a small country, they get all excited and optimistic, and start doing things that they otherwise would not do, such as creating a very popular blog. We should also create an organization such as Small Country Data Science Society. Together we would be bigger.
In some countries (South part of Belgium where I come from), there is a very strong anti-entrepreneur spirit, and any new business is taxed heavily; doing business is considered evil (all entrepreneurs are leaving as soon as they can).

Changing this mentality might be impossible and a lost battle, but you have several options:

Comment by Misty Manson on June 27, 2016 at 9:52pm
Thank you a whole lot of fullfilling appreciation.

Comment by Dan K. Hansen on April 2, 2016 at 11:37pm
As a dane I can clearly relate to the points mentioned here. Nice to see this been thought about by others too. Thank you for a good article.

Comment by David Dávila on June 1, 2014 at 8:26am
I feel the same, im trying to start some projects of big data in Honduras Central American but this is really hard to make it.

The points you highlight are really spot on the target.

1) Leaving your country is a quite common practice, there are ppl from (not so) small countries who travelled trough a number of foreign places.

2) Incorporating a company abroad is again common practice, for US the favourite state is Delaware, because of a solid corporate law and some convenient fiscal issues. the re are quite a few firms incorporating and managing such kind of companies. World wide there are quite a few small islands offering even more convenient tax rates e.g. Madeira offers an overall 5% taxation till 2020 to all returns generated outside Portugal (time for incorporation till June this year so hurry up).

3) Working remotely is also a really nice experience, if you have some rich project and you need some support feel free to contact me.
4) it s nice, but it has low margin and most countries are closing in on this kind of return (e.g. google needs to report to local revenue service who is getting the cheque or the bank transfer)

5) is very interesting for ppl living in cheap countries where the single competition is a very high return in comparison with local economy, for young ppl still in accademia, where the costs are covered/accounted for in a different balance but for professional activity the challenges are quite time consuming and the high variance in the outcome renders it a less interesting investment for ppl living in small countries where the cost of living is high in comparison with India and have to generate a possibly constant cash flow (mean variance or kelly criterion suggest very low investment in such high variance activities).

Yes, that's true. For me i was trying to launch some data mining project related to churn scoring in the telecom company where i used to work for more than 4 years without any success, and when the they finally decided to move into predictive analytics they gave the project to consultants. So being a Data miner in small countries is very hard , being a Data Scientist is almost impossible. That is why i moved from Algeria to the Middle East, it's a little better but still a long way to do.
PS: the model developed by consultants was a complete disaster.