Are we comparing the countries correctly ?

How many times you have compared your homeland to another country when you have watched a foreign language movie/show or when you have traveled to a different country for a business or leisure trip ? I have found myself doing so many times and also had conversations and debates with friends.What I have observed in my discussion is that our brain very quickly comes to a decision on the basis of what it sees at the first glance, very few people control their mind and think about various contributing factors that makes a nation different from another.

Being a Data Analyst, I thought of doing this fun exercise and tried to compare different countries on the basis of their population, land area, GDP(nominal), GDP % growth and the number of years the country is being independent. I have used data available on wikipedia and tableau public as visualization tool for this analysis.

Some of the interesting insights which I have observed are -

There are several other key insights you can see if you go to the tableau dashboard and play around with it.

I would be more than happy to discuss if anyone would like to share what they find from the dashboard or if you would like me to add any other attribute or if you find something is incorrect let me know I would definitely try to correct it. Please share your thoughts and remarks in the comments.

P.S. - I have no intention to say one country is better than another, its just a statistical comparison on different attributes, world would be a great place if there is no hatred and boundaries within our hearts. 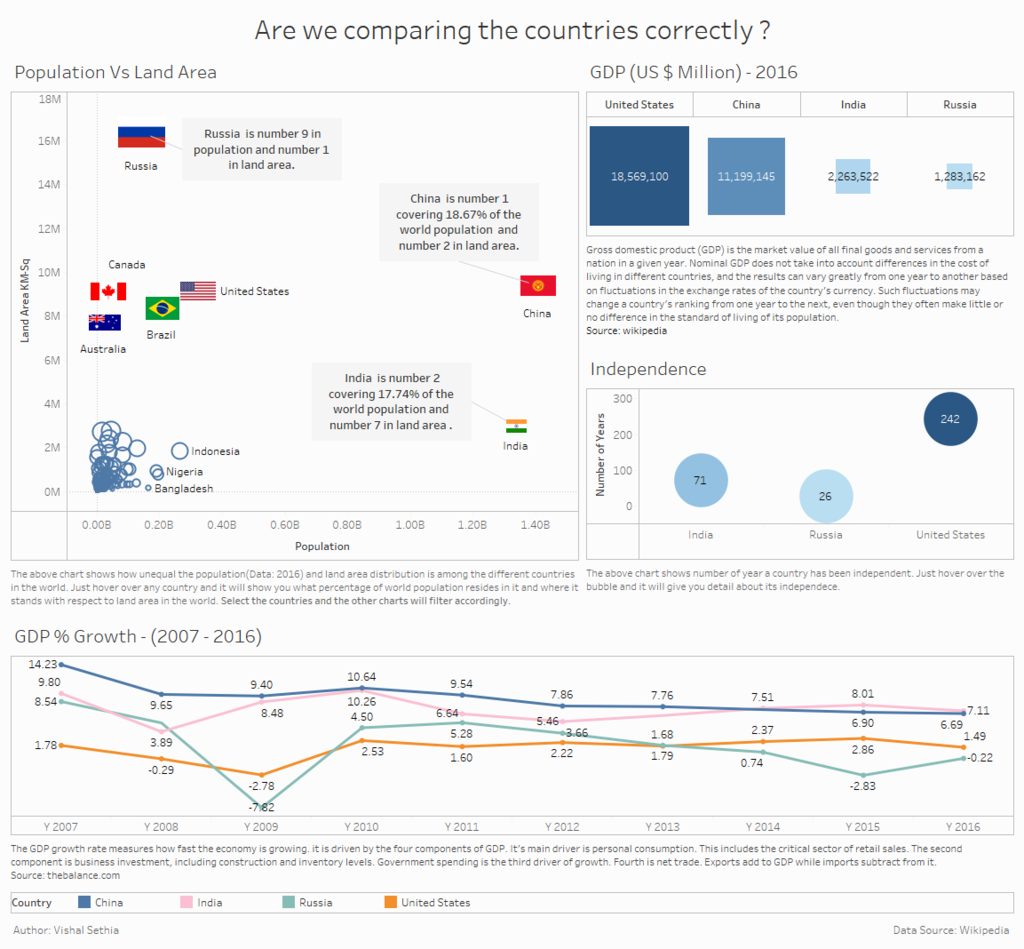