Artificial Intelligence in investing has long been practiced by secretive hedge funds like Renaissance Technologies. However, some of the same capabilities are being offered by companies to other players. Here are three examples of companies on how they are using data sets to predict stock & other financial market outcomes.

Dataminr which analyzes tweets and other information streams to create alerts for traders, reporters and government agencies. The below example illustrates an example of Dataminr’s predictions of a 5% impact on oil prices based on ISIS warfare.

Kensho’s software, dubbed Warren (as in Mr. Buffett), offers up a simple Google-like text box into which you can pose very complex questions–all in plain English. Here are three examples shared by Forbes:

Kensho answers these questions by combining massively-parallel statistical computing with natural language inputs, big data and machine learning with user-friendly visual interfaces—and recent breakthroughs in unstructured data engineering. Backed by Goldman Sachs and Google Ventures, and with clients that range from Wall Street's premier global banks to several of the best performing hedge funds in history, Kensho was founded out of MIT and Harvard in 2013. Kensho's team members come from veteran positions at Google, Apple, Facebook, and the United States Federal Reserve.

MinettaBrook’s Knewsapp product identifies tickers that are active in news content, mathematically models and identifies anomalies, and surfaces stories with fast developing topics. By using measures connected to content coverage rather than clicks, manual curation or readership, KNEWSAPP brings you undiscovered developing news with potential affinity to asset volatility. Here is an example of a news alert from KNEWSAPP on the stock ticker PCYC which led to a 17% return over 5 trading days. 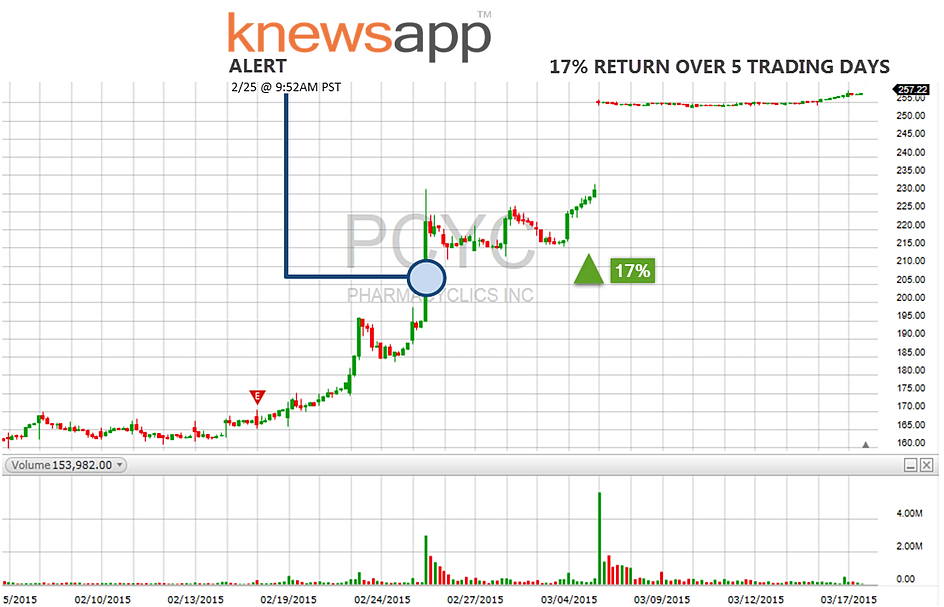 A continuously updated list of AI companies in Finance & Investing is available on Pansop.