Guest blog post by Roopam Upadhyay, from YOU CANalytics 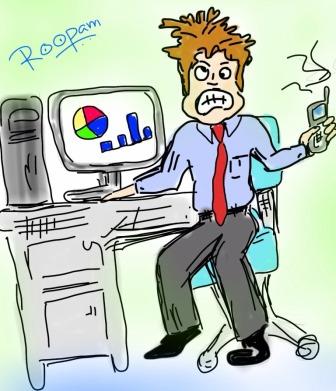 Sometime ago I came across an Excel based dashboard with around 45 tabs, and every tab had around 10 charts/ graphs /tables. That is roughly 450 figures and tables. I could only sympathize with the end audience of that dashboard. Unfortunately, almost every organization is deluged with meaningless reports and dashboards of this kind. I immediately knew I had to write this article on YOU CANalytics to save the end users from the torture these reports can cause. Luckily nobody is reading these reports and for a good reason.

The problem is not with the Excel based dashboards but the clouded thinking on the part of the designers and analysts. Trust me no fancy software (Tableau, Business Objects or QlikView) can rectify the problem with a muddled brain. Hence let me suggest a few strategies to create winning reports and dashboards. The strategies have been framed as titles.

Before I tell you more about the above strategies, let me share with you a piece of memory from my childhood that will serve us well in this journey.

Let us go some 25 years back in time when India was not bombarded 24/7 with more than 500 channels on television. Then it was just one channel – Doordarshan – with less than 8 hours of broadcasting time in a day. Television was a lot calmer then. Doordarshan used to have a short clip about Mahatma Gandhi as filler. The clip was not more than a couple of minutes long with brush strokes leaving a white canvas with the doodle similar to the one shown adjacent. In the background a man’s calm voice recites the following – The greatness of this man was his simplicity. Let’s try and discover the Gandhi in ourselves. That is when I learned that one could depict the Mahatma with just a couple of brush strokes. I believe we need to discover simplicity within us and around to create relevant and winning dashboards. The following are my 7 tips for the same.

“[It's] the economy, stupid” was the slogan Bill Clinton effectively used in the US presidential election in 1992 against George H. W. Bush (Dubya Bush’s father). Bush’s campaign was focusing on the Iraq war and Saddam while Clinton hit the bulls eye by focusing on the right issue and won the election by a huge margin. I will modify the phrase a bit for creating winning reports by focusing on the single most important factor – “it’s the question, stupid”.

For me charts, graphs, analysis or even data come much later. I think the foremost thing of importance is the question these tools are trying to answer. Every dashboard, report, presentation, analysis or model has a business question which it tries to answer. I would recommend that you write down the question(s) in plain English before starting with analysis without assuming that everybody knows the question(s). After that everything is just an attempt to answer the question using the best possible medium / tools.

Okay if you don’t know them already let me introduce the end user of your dashboard, analysis or presentation to you. They are overloaded with information and a plethora of pending issues. To make things worse they are perpetually distracted with the emails on their smartphones. They are looking for simplicity but find it difficult to think straight within the chaos. Your analysis, report or dashboard could bring some simplicity in their work life, but they will find it difficult to see it at first. This will make your job really tough. But you cannot afford to get flustered by the surrounding, otherwise you will just add to yet another useless analysis or dashboard.

3)  Learn to Disagree if Required

Now that you know your end audience better, you will also appreciate that they may at times ask questions that reflect their confusion during the analysis phase. This is when you need to guide them, question their thought process and if you disagree, say no to their muddled ideas. Be polite but firm while doing so.

We all love stories. Presentations, reports and dashboards are just visual stories. The opening chapter of this story is of course the question(s). Once the questions are framed clearly, a good practice is to think of answering the questions like a story. The graphs, tables and charts are different characters in this story and they will help in moving the story forward. A story is nothing but a the logical progression of thought. For instance, a guest-appearance by Jabba-the-Hutt in a Shakespearean tragedy is unacceptable, similarly an unwanted chart or graph is enough to confuse your audience and make them disengaged. Use your characters wisely and arrange them in the logical order of the story.

The great movies cannot be made without great editing. You need to be completely dispassionate and ruthless while editing your reports and dashboards. Remember your audience is not looking for a 3+ hours long ‘Schindler’s List’ movie but a succinct trailer. This is your last chance to remove those unwanted characters (figures and tables).  The hardest part is when you have to cut the role of your favorite actor – the analysis you have spent several sleepless nights working on but it does not fit well with your story. Keep your scissors sharp as you will need them. 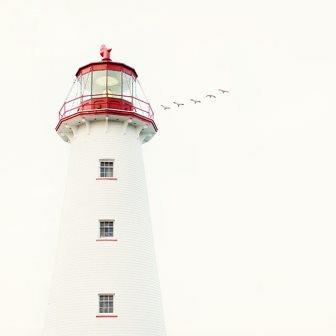 Mark Twain, one of the greatest writers once said: If you want me to give you a two-hour presentation, I am ready today.  If you want only a five-minute speech, it will take me two weeks to prepare. The idea captures the gist of one of the essential principles of designing dashboards and reports – less is often more!

I am a huge fan of Japanese minimalist art and design. The primary philosophy behind minimalism is to say more with fewer elements – like the depiction of Mahatma Gandhi displayed above or the adjacent picture. Similarly I believe for dashboards the graphics and charts should be simple and to the point. Simplicity goes a long way when it comes to designing dashboard. Though trust me, this is a really difficult and effort-intensive path.

The following is a case from the Emergency Room (ER) of Cook County Hospital in Chicago from the mid-1990s. Being a public hospital they serve poor people without health insurance.  The ER gets a quarter million emergency patients per year – this ensures a perpetual chaos-like situation for the doctors and medical staff to handle. The excessive inpatient rate also guarantees a consistent shortage in number of hospital beds. A patient walking in with chest pain could be a case of impending heart-attack or (not so dangerous) indigestion. This first case needs serious medical attention and the second a bit of reassurance and a bus ticket back home. The problem statement for the doctors and medical staff at Cook County hospital was simple: To distinguish severe cases vs. harmless cases fast and upfront to save as many lives as possible with the constraint of limited resources.

They were not looking for a fancy dashboard or sleek reports but a simple rule to help them make this decision fast. A competent bunch of statisticians (physicists actually) helped the hospital solve this problem. A predictive model suggested answering the following 3 ‘urgent risk factors’ along with the ECG report:

What transpires was a simple decision tree that anyone could use to direct the patient to the appropriate treatment. Insights that facilitate action or actionable insight is exactly what the decision makers are looking for. Any dashboard, report or analysis that delivers this will never go unnoticed and is a winner.

* This case was published in Malcolm Gladwell’s best selling book ‘Blink’ and the factors are directly taken from the book.

I have done my bit by sharing the tips I feel will make people take dashboards more seriously. I believe, business metrics and KPIs for your dashboard are going to pop out naturally once you follow the above steps. Let me know if you have some suggestions for the above list, post your comments right below this.

Great principles! Thanks very much for putting them together!

Thanks, I am glad you enjoyed the post. I could understand when you say 'guided individuals'. At times, people and departments could have ulterior motives behind performance monitoring. This is precisely why I used Gandhi as an example at the beginning of the post. It is hard to change others but one could monitor one's own action. I have found the above rules really helpful on most occasions. I also feel it is crazy difficult to emulate Gandhi, but we could all try :).

As
an individual who has gone down this path one too many times, I cannot thank
you enough for letting the "others" know this. Unfortunate as it is,
most dashboards are created by a guided individuals who have not much choice on
“how much” the dashboard would display. Seems in the most cases, it is the EVP’s
or such, that are asking for more on the dashboard, but just make it with more
filters