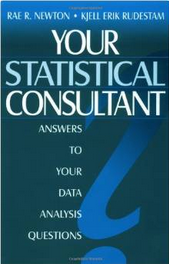 These rules were initially published in the featured book (see picture) first published in 1999, when software (e.g. SPSS) could not adapt to data, but data had to adapt to software.

This book, published in 1999, is priced at $72 on Amazon. The new version published in 2012 is $59. Maybe the 1999 version is considered an antiquity, and thus commands a higher price. But in my opinion, these prices don't reflect demand, and are not determined by the market, but rather by production costs. I bought the 1999 version for under $10, as a used book.

Failing to comply with these specifications would make software to crash or behave erratically.  It was also a time when variable names could not be longer than 8 characters (SPSS requirement) and were usually named VAR001, VAR002 and so on. Now, descriptive, precise names are preferred. Imagine a data set with one million variables!

Other than that, the book is still interesting. Back then, the two big statistical procedures were ANOVA and regression, according to the author (see page 197). Yet it contains a section with advice that still applies today (page 290):

I just signed myself and my junior product manager up for the Harvard Graduate Certificate in Data Science - http://www.extension.harvard.edu/professional-certificates/data-sci....

Anyone else familiar with the program?