Data scientists and predictive modelers often use 1-D and 2-D aggregate statistics for exploratory analysis, data cleaning, and feature creation. Higher dimensional aggregations, i.e., 3 dimensional and above, are more difficult to visualize and understand. High density regions are one example of these N-dimensional statistics. High density regions can be useful for summarizing common characteristics across multiple variables. Another use case is to validate a forecast prediction’s… 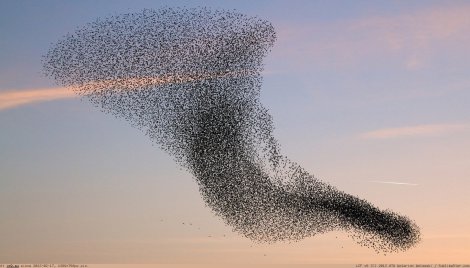 Fish schools, bird flocks, and bee swarms. These combinations of real-time biological systems can blend knowledge, exploration, and exploitation to unify intelligence and solve problems more efficiently. There’s no centralized control. These simple agents interact locally, within their environment, and new behaviors emerge from the group as a whole. In the world of…

Sales prediction is an important part of modern business intelligence.  First approaches one can apply to predict sales time series are such conventional methods of forecasting as ARIMA and  Holt-Winters. But there are several challenges while using these methods. They are: multilevel daily/weekly/monthly/yearly seasonality,  many exogenous  factors which impact sales, complex trends in different time periods. In such cases, it is not easy to apply conventional methods. Of course, there is…

In this blog, I will be considering theory developments from changes in methodology. But first I want to express an opinion on the significance of using numbers. A "number" represents an amplitude or magnitude: 5 pencils; 13 paperclips; 50 sheets of paper. The purpose of these numbers is to facilitate the counting of things that are presumably the same in a specific way: e.g. all 5 pencils are in fact pencils - for if 1 were an eraser, there would be 4 pencils and 1 eraser. The use of…

There has been a lot of activity recently around revenue attribution - marketers want to develop a better understanding of their customer acquisition funnel and be able to measure progress against it.  Most of this attention has been focused on the B2C space. However, less work has been done measuring the performance of B2B marketing activities.

Marketing measurement has long been an arcane field - companies interested in understanding how their marketing programs impacted revenue (or brand value) would hire expensive consultants who labored long and hard to deliver complex models at great cost to help their clients set high level marketing strategies and advertising budgets. It's me, Gomez! I've tried to be someone I'm not. I live in shame...and the suburbs!

Let's review, once again, the outline for this series.…

Marc Andreessen famously said ‘software is eating the world’. This appetite for software is fed by the fact that software driven businesses are not only way more effective than traditional businesses; they can also leverage the software to accomplish things unheard of before, such as new business models. Companies such as Google, eBay, and Amazon are well-known examples of…

Your website’s search capabilities may be a potential customer’s first (or only) interaction with your website.  Customers who can’t find relevant products based how they search are likely to  abandon and go to competitor websites.  For many retailers, 30% - 40% of search queries are under-performing.  Underperforming search queries are costing you sales and customers.

Some examples of under performing search queries are:

The Fallacy of the Data Scientist Shortage

There is no question that the USA (in fact, most of the world) would be well-served with more quantitatively capable people to work in business and government. However, the current hysteria over the shortage of data scientists is overblown. To illustrate why, I am going to use an example from air travel.

On a recent trip from Santa Fe, NM to Phoenix, AZ, I tracked the various times: