Besides working for the government, industry, consulting, or as a start-up founder, here's an unexpected occupation for these professionals: rogue data scientist.

In connection with this, I found two interesting postings this week.

The first one is about a company selling fake Twitter followers for £95 per 10,000. It came in my mailbox recently. It can only work if the people automatically creating fake Twitter accounts (used to follow others) do a better job than the data scientists supposed to catch them.

The second one is about a start-up funded by a self-proclaimed rogue data scientist, hiring and training people to produce fake Amazon or Yelp reviews. I have attached screenshots, as the original postings might be gone by the time you read this. 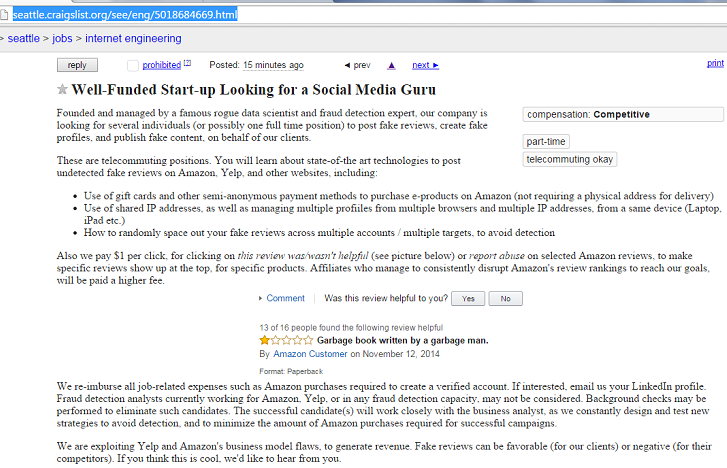 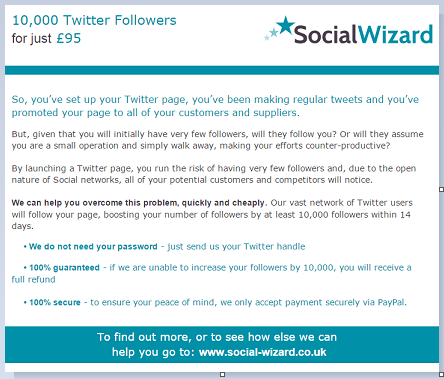 Fake Twitter followers only have to be alive for a month or so. They continuously create new ones as old ones get detected and deleted.

You should checkout Fiverr if you want to see tons of services like the ones you have posted and they are all $5. I suspect that some of these accounts will get flagged and removed however the smart black hat marketers will always be a step ahead of the models chasing them.

There is nothing rogue in this, it's just reverse-engineering Amazon. Indeed, Amazon is the bad guy, attacking authors and publishers, and doing whatever it takes, including embracing fake reviews, to please unhappy shareholders. Their CEO Bezos  is a very nasty guy.