With automated cars communicating with each other (machine-to-machine communications - thus the word connected cars), could we envision the following futurist scenario:

Do you think this is a dream, or rather realistic and achievable in 10 years? I know our data scientist don't drive anymore, and maybe that's the future for most of us, especially data scientists: no more cars, work from home.

What do you think? As far as I know, today cars communicate with each other only for maneuvering purposes, to avoid accidents. Not for planning routes (or avoid police traps.)

This is potentially an interesting data science application, that leverages deep learning. 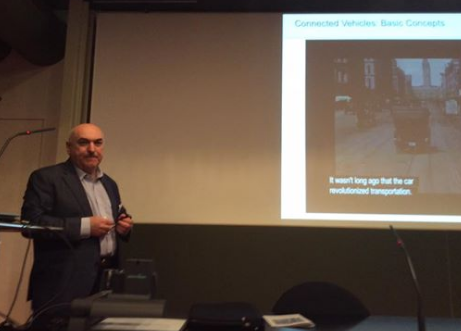 Waze already does something like this but has to rely, in part, on humans.